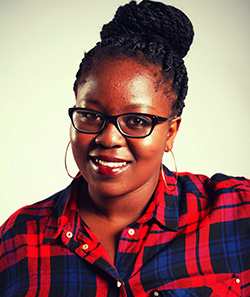 A TIMELY play that tells the personal story of a refugee with humour and humanity is coming to a unique venue in Bordon.
The Guardroom at the Prince Philip Barracks is to host Nine Lives, a significant one-man play by Zodwa Nyoni, on Wednesday, November 30, at 7.30pm.
Nine Lives is about Ishmael, played by Lladel Bryant, who is seeking sanctuary in the UK from his home in Zimbabwe where a fresh wave of homophobia threatens his life.
Dispatched to Leeds, he waits to hear his fate and for a new life to begin among strangers. Through his eyes we experience a snapshot of his life as he waits to find a place to call home again.
Said Zodwa: “Inspired by the deportation of a friend of mine in 2013, I wanted to write something that could connect us all back to the human stories behind the headlines.
“In Nine Lives, I wanted to counter generalisations about migration and assumptions about refugees and asylum seekers. It has been a delight to see Lladel’s performance bringing all the characters in the story to life, finely balancing a combination of wit and humour with such a difficult subject.
“I think it is this that has engaged and moved audiences all over the country.”
Nine Lives is produced by Leeds Studio in partnership with the House network. It has just enjoyed a successful tour.
This article is taken from the Petersfield Post.Advertisement