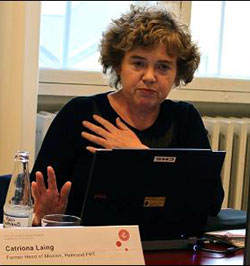 BRITAIN says its companies should consider investing in Zimbabwe after the country toned down rhetoric on its indigenisation law compelling foreign firms to sell majority shares to locals as relations with its former colony continue to thaw.
Zimbabwe’s Indigenization Act — enacted in 2008 — requires foreign owned companies valued at over $500,000 to cede 51 percent to black locals and has been cited as a major impediment to foreign investment in an economy battling to recover from a decade-long recession.
Relations between Harare and Britain have been frosty since the European Union imposed sanctions on President Robert Mugabe, his inner circle and selected firms in 2002 over alleged rights abuses.
The bloc has gradually eased the sanctions since 2009 when the veteran ruler agreed to share power with the opposition after a disputed 2008 poll, and has continued to improve ties despite yet another controversial election in 2013 which extended Mugabe’s 34 year-old rule.
UK has sent two trade missions to Zimbabwe between 2014 and 2015 and according to an investment guide on commercial opportunities in Zimbabwe by the British Embassy released on June 30, UK lauded the policy shift and efforts by the country to reengage with the international community.
“Zimbabwe’s government is increasingly calling for Foreign Direct Investment. Despite continued mixed signals, there are encouraging signs that the Government is softening its stance on indigenisation and developing more investor friendly policies,” reads the report seen by The Source.
“The policy shift offers UK companies an opportunity to increase trade and investment. A number of international firms, particularly but not only from BRICS (Brazil, Russia, India, china and South Africa) countries, have begun to make serious investment into Zimbabwe given high return opportunities.”
However, it also noted that while Zimbabwe has stepped up its re-engagements efforts with the international community and creditors, investors should also be worried about the country’s deteriorating economic situation and policy inconsistency.
“Firms need to balance this potential against significant risks around Zimbabwe’s economic outlook and the business environment, in particular inconsistent government policy and problems of rule of law. The IMF is projecting a growth rate of 2.8 percent in 2015, with significant downside risks,” the embassy said.Advertisement

“There are fears that the economy may slip into a recession in 2015 if there are no fundamental policy shifts. The country is ranked 171 out of 189 countries by the World Bank for “Ease of Doing Business” in 2015. Transparency International ranked Zimbabwe 156 out 174 countries in 2014 for perceived corruption.”
The Embassy noted opportunities in manufacturing, energy, agriculture, education and mining but expressed reservations about the diamond sector.
The mining sector has been the key driver of the Zimbabwe economy since 2009, with an average annualised growth of more than 30 percent. It currently accounts for more than 50 percent of total exports, and its contribution to Gross Domestic Product has grown from an average of four percent in the 1990s to around 13 percent from 2009-2011.
UK companies could capitalise on their strong brand appeal, with trade opportunities  in areas such as general industry machinery and equipment;  electrical equipment;  food processing equipment;  medicinal and pharmaceutical products;  timber processors;  power generating machinery and equipment;  plastic, packaging and rubber;  metal working machinery;  textile yarn, fabrics;  telecomms and sound recording and reproducing appliance and equipment.
“Zimbabwe’s highly diversified industrial base provides UK companies with a number of trade opportunities. Currently one of the key challenges facing the manufacturing sector is the use of antiquated equipment and machinery,” said the embassy.