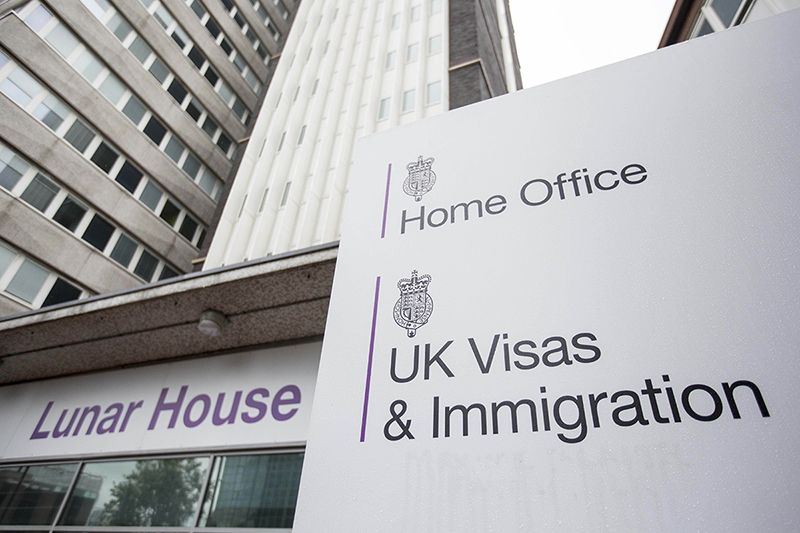 LONDON: The Home Office has been inviting Zimbabwean government representatives to interview asylum seekers who have fled political persecution in the country, in what has been branded a “corrupt” exercise.

The Independent has learned that at least seven Zimbabwean nationals, some of whom have lived in Britain for more than a decade, were last week ordered to attend meetings at a Home Office building in Sheffield, where they were asked “distressing” questions by an embassy official from their country. The same process is said to be taking place in other parts of the UK.

The move is believed to be part of an agreement between the two governments that Britain would “repatriate” at least 2,500 failed asylum seekers to Zimbabwe providing that officials from the country could “vet” them beforehand.

The Home Office confirmed that a “redocumentation interview” took place in Sheffield on 4 December, and did not deny allegations that it was part of an agreement between the UK government and Zimbabwe to deport 2,500 people.

One Zimbabwean national who was asked to attend one of these meetings, a woman who fled political persecution in her country in 2002 after campaigning against president Robert Mugabe’s government, said she was frightened when she saw a Zimbabwean official in the room.

Marian Machekanyanga, 54, who has been in the UK for 16 years, said: “The man had my file on the table. He started speaking to me in my native language. I asked him if I could call my solicitor and he said ‘no’. He said the Home Office had asked him to interview us.

“I was really frightened. Why is the Home Office giving my details to the government I ran away from? I know they will still be after me. Anyone who has claimed asylum in England is an enemy to the government.

“I know I will be in danger if I go back. Just because Mugabe is not in power doesn’t mean the government has changed. The same government is still in control. I don’t think I would see my family. I would get to the airport and they would take me to torture me, kill me, who knows.”

Machekanyanga was forced to leave her children in the care of her sister when she fled to the UK.

She had been part of a workers’ trade union and led protests against corrupt use of government funds and said she had to flee when the authorities began to “victimise” those involved.

She did not claim asylum on arrival because she hoped the situation would change in Zimbabwe and she would be able to return. As a result of her delayed application, when she did apply for asylum seven years later, it was immediately refused.

“What is going to happen to my children and other relatives in Zimbabwe now? I’m very scared about what they will do,” Machekanyanga said.

Another Zimbabwean asylum seeker who was interviewed, a man in his 50s who did not want to be named, has been in Britain for 15 years. He said he was “highly suspicious” when he saw the Zimbabwean official.

The man, who initially came to the UK on a student visa in 2003 and then sought asylum after a warrant was issued for his arrest in Zimbabwe due to blog posts he wrote against the government, said the person interviewing him was “representing Zimbabwe in conjunction with the Home Office”.

“He was asking for more information about myself to confirm my identity. He wanted to know about my parents and relatives in Zimbabwe,” the man added.

“I refused to give him information about myself. I was afraid – if they confirmed it was me, what would they do with that information? He wasn’t even concerned about whether I was an asylum seeker.”

The man, whose asylum claim was rejected by the Home Office, said he would “surely be a target” if he were removed to his home country.

“I’m afraid of being returned. I would be really exposed and at risk. I can’t even imagine it. I’ve written blogs in opposition to the recently conducted elections. I’ve opposed the way the elections were conducted. This is published information and I would surely be a target.”

Stuart Crosthwaite, secretary of the South Yorkshire Migration and Asylum Action Group (Symaag), said a similar process was taking place in other parts of the UK.

He added: “This is ugly and upsetting to witness, let alone go through as an actual asylum seeker. A representative of the Zimbabwean government is the last person in the world they want to meet.

“The former ambassador made it quite clear in February that they wanted to deport 2,500 ‘illegal asylum seekers’ and people speculate about the reasons for that, which are obviously to cosy up to the UK and help them get figures down.

“It could also relate to trade deals in the future post-Brexit. Zimbabwe wants to come back into the Commonwealth, so maybe it’s ‘be good and we’ll let you have that status’. It’s corrupt and it’s treating people like they’re bargaining chips.”

It was widely reported by the Zimbabwean media in February that the then British ambassador to Zimbabwe, Catriona Laing, had told Kembo Mohadi, Zimbabwe’s deputy president, that the UK intended to deport illegal Zimbabweans to the country.

Mohadi reportedly responded by saying the Zimbabwean government had no problem taking back its nationals but it needed to check them to ensure they were truly Zimbabweans.

He was quoted as saying: “They are standing at about 2,500 for the time being. We said we would want to vet them before they leave the UK. We want to know whether or not they are Zimbabweans or if they are not fugitives who had run away from justice.”