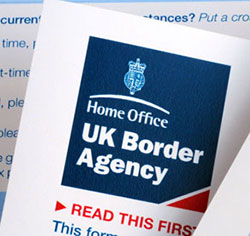 AS the dust settles on what was meant to be a temporary sojourn to the UK, Zimbabweans and other migrants now have to contend with challenges that they may not have contemplated at the onset of their journeys. Thus, whereas being given permission to stay in the UK was often seen as an end in itself (finish & klaar as those in South Africa apparently say), some will now have realised that – that is far from the case.
The UK immigration landscape is encapsulated in a very strange and omnipresent dynamic in which one can suddenly latch from a sense of calmness, serenity, normalcy and continuity to rapid social, emotional and psychological upheavals that can leave everything flipped upside down, creating a state of ‘disturbia’ and hysteria.
A dramatic entrance? Maybe, but for very good reasons as this is meant to leave you sobered up! Anyway, ‘more matter and less art’, let’s cut to the chase and get to the point. For quite some time now, the UK government has been on a trajectory of fundamentally altering the UK immigration landscape in a decisively negative way, with a view towards making life as uncomfortable as possible for migrants, particularly the errant and the reckless ones. However, the situation on the ground shows that even the unfortunate ones have been caught up in the ensuing melee. Enquiries that we have received and cases that we have recently dealt with clearly show that a lot of migrants are not aware of the vicious effects of the changes to the Immigration Rules which took place on the 13th of December 2012.
The changes in question mean that the UK Home Office is no longer subject to the provisions of the Rehabilitation of Offenders Act 1974 and its regime of ‘spent’ and ‘unspent’ convictions in relation to immigration (all visa applications) and nationality / citizenship decisions taken on or after 1 October 2012 when the exemption took effect. A point to note by way of clarification is that spent/unspent convictions refer to the period set under the Act by which it is considered that a person would have been rehabilitated, following their conviction and completion of their sentence in relation to a specific crime/ offence/penalty/any other legal sanction under the law.
What Does This Mean To Migrants/Applicants?
It is important to note that the provisions in question do not only apply to those resident in the UK. They also apply to those applying for visas from abroad and have previous convictions/cautions/suspended sentences, including motoring offences not only in the UK but in countries that they are normally resident in. They apply to applications made on or after the 13th of December 2012. The key distinction is that under the previous regime, if a conviction was ‘spent’ the Applicant did not necessarily need to disclose it and they could reasonably expect that it would be disregarded by the decision maker whereas under the new regime all convictions need to be disclosed, and it is inconsequential that it would have been regarded as ‘spent’ under the old regime.Advertisement

An area of concern is also that the good character requirement is undefined and very wide in its interpretation and includes motoring offences, financial prudence – with County Court Judgments, bankruptcy and, potentially, a particularly poor credit history and notorious evasion of one’s financial responsibilities all appearing to fall within its remit. Minor traffic violations such as parking offences and over-speeding (where a fine is issued) can become problematic if there is evidence of persistent offending. Further, whereas refugees were previously exempt when applying for settlement they are now subject to the same regime. A failure to disclose convictions can be read as deception and applications can be refused on that count alone.
The consequences of committing crimes are quite severe. Thus, for instance, where one is sentenced to a period of imprisonment of 4 years or more they are subject to deportation and a lifetime re-entry ban, unless they are successful in challenging the decision on human rights grounds, which, given the current legal jurisprudence, is now extremely difficult. Where the period of imprisonment is less than 4 years deportation still looms and a 10 year re-entry ban applies, again unless one successfully challenges the decision on human rights grounds. The current approach is as follows:

Where one has been imprisoned for 4 years or more, the application is refused regardless of when the conviction occurred.

Where one has been imprisoned for between 12 months and 4 years, the application will be refused unless and until 15 years have lapsed since the end of the sentence.

Where one is subject to a period of imprisonment of up to 12 months, the application will be refused until and unless 7 years have lapsed since the end of the sentence.

In instances where a non-custodial sentence is meted out by the court, e.g. fines, cautions and suspended sentences, applications will be refused if received within 3 years of the conviction.

Applicants should particularly note that if they are issued with a Fixed Penalty Notice or Penalty Charge Notice and fail to pay it (and are hauled before the courts as a result), or if they challenge it and are unsuccessful, it turns into a criminal conviction and will become subject to the criminality thresholds stated above.
Common Threads
By far, we mostly receive instructions from migrants involved in the following situations:

Professionals who are on the verge of losing their immigration status through an error of judgment at work, as such behaviour has a knock on effect, e.g. transgressions at work can quickly degenerate into criminal before morphing into immigration challenges. The Nursing and Social Work professions are, to this extent a particular challenge.

Migrants who were duped by unscrupulous or bogus immigration advisors into making unfounded applications or did so by themselves, e.g. those based on ancestry where none existed.

Those rumbled after they were discovered committing benefit fraud, for instance working whilst in receipt of benefits, e.g. Nass Support, Job Seeker’s Allowance, Housing Benefit, or claiming benefits for non-existent children, or for children who are living in the country of origin, etc.

A failure to declare a change in circumstances, for instance failing to disclose additional income from a partner who moves in following marriage etc.

Conclusion
It is clear that the immigration terrain in the UK has taken a turn for the worse for migrants. A particularly important lesson is to be aware that being given permission to stay is just but the beginning of a long, unending journey.
Indefinite leave to remain and British citizenship can be revoked. It is the embodiment of shifting, transient quick sands, marked by very fluid and unpredictable events. Whilst a lot of migrants have modified their behaviour accordingly, there remain pockets that need to do so. It is clearly self-inflicted tragedy.
Whereas things like drink driving, evasion of Council Tax bills, driving a car without insurance or MOT were understandable in the period soon after arrival owing to a combination of financial constraints and a ‘post hangover’ of lingering cultural underpinnings and habits from the country of origin, they would appear inexcusable at this moment in time.
Likewise, whereas working without ‘papers’ was perhaps previously understandable in the context of that environment, the same cannot be said in relation to benefit fraud, which appears to be primarily fuelled by greed and idleness. Don’t like the brouhaha that will arise when things kick off? Then take the advice and let the UK immigration arc bend in your favour!
Brighton Mutebuka – Mutebuka & Co