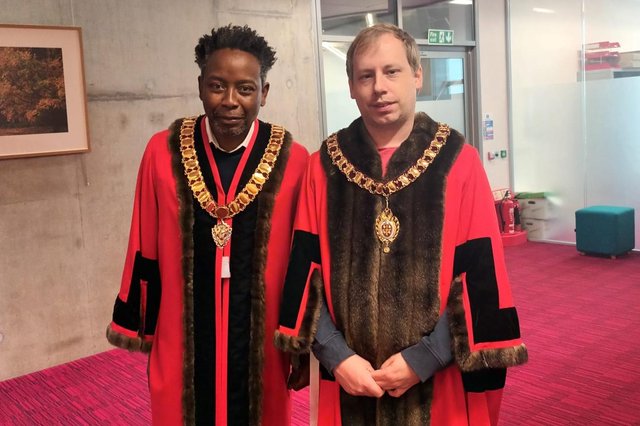 Cllr Tafadzwa Chikoto was due to be formally given the role at a meeting at the Corby Cube, where Cllr Leanne Buckingham will become the new deputy mayor.

Cllr Chikoto, known to many as Taffy, served as deputy mayor last year becoming Corby’s first ever black deputy mayor in the process.

He said: “I feel native to Corby. Having lived here now for as long as I have, I wouldn’t trade it for anything.

“It’s an honour being elected mayor in a foreign land and it’s a huge honour being able to represent the community.

“It means a lot being elected as the first ever black mayor in Corby. People are moving on and times are changing, which is great. It’s exciting for the community. Everyone can feel included, this is not just for me.”

And it’s a diverse year for Corby as new deputy mayor Cllr Leanne Buckingham is a lesbian.

She said: “It’s an amazing year for diversity.

“I’m also really excited for Taffy. I respect him a lot, he’s really passionate about youth and community – something we both have in common. 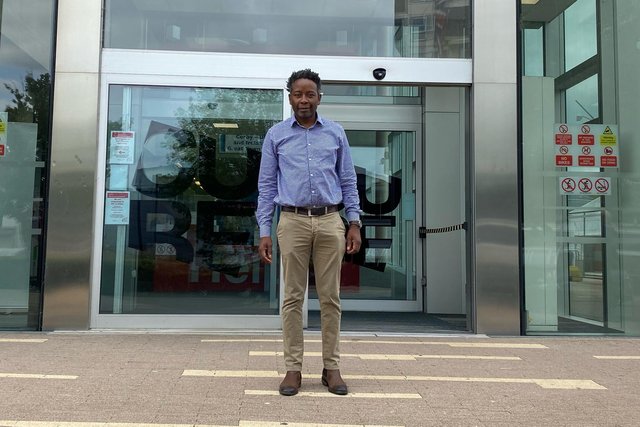 New mayor Cllr Tafadzwa Chikoto outside of the Corby Cube

Originally from Zimbabwe, Cllr Chikoto will have lived in Corby for 17 years as of June 2.

He has served on the town council for a year and initially became interested in politics because he wants to help young people.

He said he is passionate about empowering young children from underprivileged backgrounds.

He said: “I want to give young people purpose and create opportunities for them.”

His chosen charity is Lakelands Hospice, which provides palliative and end of life care, free of charge, for people in Corby and the surrounding villages that live with life-limiting conditions.

Cllr Chikoto said: “They do amazing work and I want to be able to do something great for them.”

Cllr Mark Pengelly said: “Corby was built on immigrants so I’m really proud to have Taffy as our new mayor.

“I’ve known him for a few years and I know he’ll make Corby proud.”