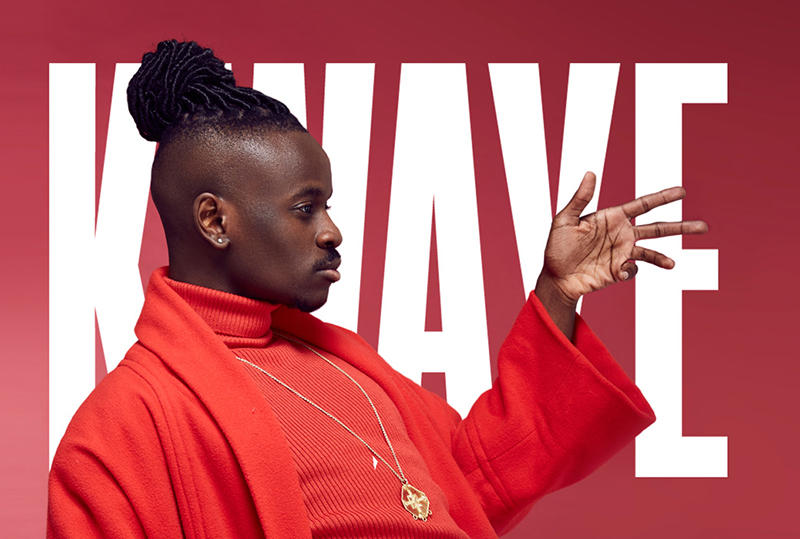 ZIMBABWE born, London-bred Kwaye has taken his R&B/soul sound to another level with “I Go,” a funky feel-good throb with winning charm and sophistication.

The single recently made number 7 on Billboard’s June 2018 playlist.

Kwayedza David Kureya lived in Zimbabwe until he was three, when the family moved to Catford before settling in Kent when he was seven.

As long as he respected his elders, his parents – dad a doctor who came to the UK on a Cambridge scholarship, mum a social worker who escaped prison and apartheid – gave him free reign to explore his interests.

One of his three older sisters is Shingai Shoniwa from 2000s indie band The Noisettes.

In an interview last year, he explained how a chance encounter in a Los Angeles cab led the to his first recording contract – and critical acclaim.

Within the first week of a year studying abroad at UCLA, the London-raised student met a producer who offered him some discarded tracks. In one day, Kwaye wrote a song called Cool Kids, about a generation creating its own culture.

Then he found himself in an Uber driven by “a former music industry exec”, and played him the song.

The driver soon texted saying that a friend who ran an indie label wanted to meet. He picked Kwaye up and took him to the offices of Mind Of A Genius, where founder David Dann offered Kwaye free studio time, and signed him later that year.

At no point did Kwaye question whether this might be some organ-harvesting ruse. “That might be naïve of me,” he admits. “I thought it was a bit weird, it was all happening way too quickly, but the guy did genuinely seem cool. And it was in broad daylight.”

Cool Kids made it into the world, and it’s hard to doubt what Dann saw in it. Kwaye shares the elegantly funky vibe of Solange and Blood Orange, and the cool minimalism of Christine and the Queens.

He can dance as well as those artists, too – the video shows Kwaye moving gracefully around the Thamesmead estate beneath a lurid pink sky.

“Beauty in brutality,” he said of the setting. “Showing that there’s beauty in everything, you just have to choose to see it.”