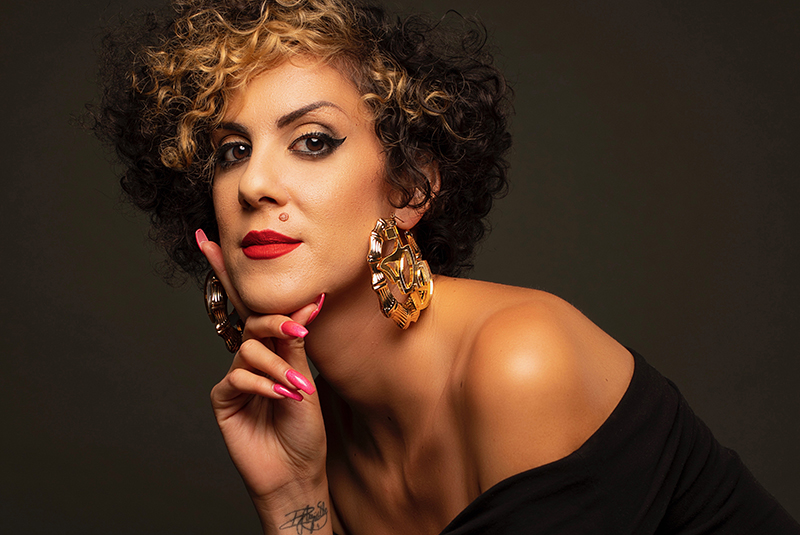 Marcella Arguello says she is used to fielding rude questions about her heritage.

As she describes in “The Woke Bully,” her debut comedy album: “The rudest thing I ever got, some guy started yelling countries at my face as soon as he met me. … ‘Where are you from, Argentina? What are you, Afghani? What are you, from Brazil? What are you, Costa Rican?'”

Her punchline scores a direct hit. “I was like: ‘Are you going in alphabetical order? Because I’m from Zimbabwe.”

“The Woke Bully,” which premiered in third place on Billboard’s comedy album chart, reveals Arguello’s flair for sliding messages into her stand-up routines. When she makes a serious point, it sometimes is so fast and funny that you don’t see it coming.

Arguello will be a headliner at the 2022 Detroit Women of Comedy Festival, which runs Friday and Saturday. It’s described as a celebration of underrepresented voices and diverse perspectives in comedy.

The last time the event was held live and in person was 2019. It had to skip 2020 entirely because of the COVID-19 pandemic. Then it went virtual in 2021, drawing thousands of viewers online.

After three years of waiting, “I think people are really ready to gather. People are ready to laugh as well,” says Jennifer Horne, a member of the festival’s board.

The two-day schedule of performances at the Planet Ant Theatre and the Independent Comedy Club (Planet Ant’s stand-up room) will feature more than 50 performers, from stand-up comics to improv sketch artists to podcasters.

The proceeds will benefit three nonprofit groups: First Step, which helps those impacted by domestic and sexual violence, Detroit Creativity Project, which teaches work and life skills to Detroit students through improv lessons and Planet Ant, the heart of the city’s improv community.

Among the standouts who’ll be there are Shanell Farris, aka Simply Shanell, a comedian from Detroit, and Dubalicious, a sketch duo consisting of Planet Ant regulars Lauren Bickers and Cara Trautman.

And then there are unexpected treats like “The Parent Trap: Lord of the Twins Trilogy,” a two-woman interpretation of the classic 1998 Lindsay Lohan movie — with some “Lord of the Rings” influences, maybe? — by Nicole Pascaretta and Julia Schroeder.

Arguello, will be appearing Friday and Saturday nights at the Independent Comedy Club. Her credits include a long list of TV appearances, including guest spots on Sarah Cooper’s “Everything’s Fine” special for Netflix and David Spade’s former Comedy Central talk show “Lights Out.” These days, she can be seen on the Fuse TV series “We Need To Talk About America,” which skewers the latest viral videos and social media trends.

With an act that covers a range of topics from dating to race and gender, Arguello says she always has been comfortable with finding the humor in meaningful topics.

According to the comic, her stand-up style was influenced by growing up in northern California with parents who came to America from El Salvador. “It’s kind of just how I was raised. My family, we have a very silly and broad sense of humor.”

Says Arguello, “I feel like I’m a product of their consumption of American humor, especially my father.”

It took some time to develop her smart, provocative onstage approach. “When I started doing stand-up, my comedy skill set needed to reach where my intelligence was as a person. And it took a second to get there. That’s why I was really happy with ‘The Woke Bully,’ because I feel it was right at that perfect moment where I was very happy to present who I really am, which is all of those things mixed into one.”

In her act, Arguello describes herself as “an alpha female, or as my mom calls it, single.” She mocks the inspirational slogans about dating and romance used by her friends, like, “Life without love is like a ship without sails.” Retorts Arguello, “Girl, a ship without sails is a yacht!”

With deft language and surprising twists, Arguello is able to take the most divisive topics and make you laugh and think simultaneously. Describing the debate on transgender bathrooms as dumb in “The Woke Bully,” she says, “I think if we’re going to separate bathrooms, it should be between people who clean up after themselves and people who don’t.”

And while calling out racism as stupid, she takes a statement on equality to an unpredictable destination: “When we all cut our skin open, we all have one thing in common: HPV. If you didn’t laugh at that joke, get tested!”

Arguello says her fearless and sometimes NSFW routines aren’t for everyone. She describes a recent stand-up gig at Fort Collins, Colorado, which she says is usually a great place for her progressive brand of comedy.

This time, however, it happened to be a college graduation weekend, which meant there were conservative-leaning parents and grandparents in the crowd. “That didn’t make for a great audience for me,” she admits.

Arguello says, “Sometimes I can turn a whole audience against me, slowly but surely, because there’s something they don’t like that I said … I find that really fascinating. I think that boils down to some of the issues we have in this country. You can agree with someone on so many things, and then you land on abortion or some other topic and it’s, like, now we cannot communicate at all.”

Yet comedy can be cathartic, too. Overall, she credits comedy with giving people a break from the overwhelming anxiety and sadness of the pandemic, and adds, “If you can’t laugh through the hard times, you are going to have a very difficult life, unfortunately.”

Arguello says she often thinks about how she was booked to perform standup on the day that her father passed away. She says she was reluctant and kept going back and forth between why she should or shouldn’t. “I talked to my mom about it and she said: ‘You know, he’s gone. What are you going to do? You’ve got to do what you got to do.”

Says Arguello, repeating her mother’s advice that ultimately convinced her to go onstage and help others laugh, “You’ve got to do the thing that makes you happy.”