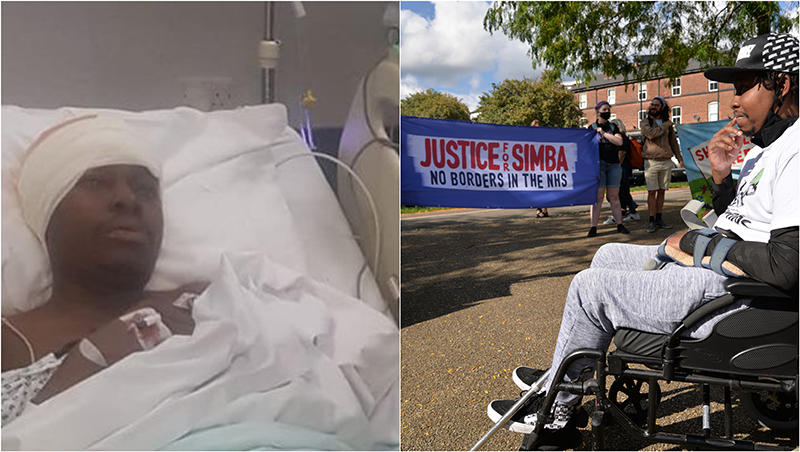 UNITED KINGDOM: A man who has fought an 11 year legal battle over £100 000 ($122 000) of NHS debt he incurred when he was left permanently paralysed while seeking asylum has been granted refugee status and had the debt revoked.

After having had a haemorrhagic stroke that led to him requiring neurosurgery and being in a coma for two weeks in 2019, Simbarashe ‘Simba’ Mujakachi was faced with a bill for £93 000 for the essential NHS treatment he received at Sheffield Teaching Hospitals NHS Foundation Trust.

Mujakachi, originally from Zimbabwe, stopped receiving the treatment he needed because he was concerned about the effect of an accumulating NHS debt on his future claims for asylum. His stroke occurred after he had not seen his specialist team for months and had been billed over £6000 for the appointments and treatment he initially received.

Under UK government policy people who are refused asylum are unable to work or access services such as the NHS without being charged, and migrants who are deemed “ineligible” must pay upfront for “non-urgent” care.

These policies meant that Mujakachi had to pay upfront for his appointments. He stated in an email update from the campaign group Patients Not Passports, “I stopped going to my appointments because they told me having any NHS debt would affect my asylum claim in the future. I remember thinking, ‘I have to choose between getting better or risking being deported.’”

Despite waking up from the coma paralysed on his left side and unable to speak or eat, Mujakachi, his partner, Melissa Smith, and their local community in Sheffield started the #JusticeForSimba campaign to highlight his own case and also the wider effects of the government’s “hostile environment” policies on the healthcare system.

The petition, signed by over 80 000 people, called for his medical bill to be written off and for the trust to oppose charging for migrants, for the Home Office to grant him refugee status, and for an end to all NHS migrant charging. This is a part of a wider movement, including the Patients Not Passports campaign, to end migrant charging in the NHS. 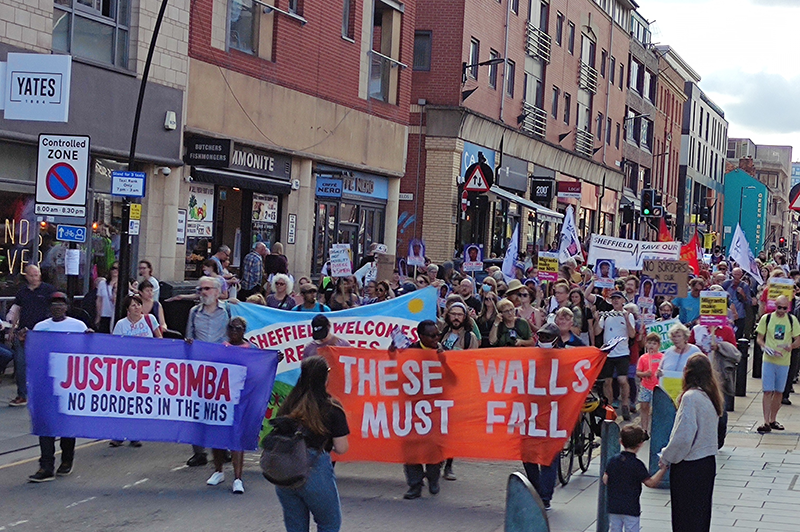 Mujakachi’s family moved to the UK from Zimbabwe in 2004 when he was 14. His father applied for asylum in 2009 after a warrant was issued for his arrest because of his criticism of the former leader of Zimbabwe Robert Mugabe.

On turning 18 Mujakachi subsequently also applied for asylum, but his claim was rejected, as were several further attempts at claiming asylum, despite he and his father remaining fearful for their lives if they returned to Zimbabwe.

Mujakachi said in the campaign’s email update, “The hostile environment has many tentacles and many ways to hurt you. It has taken away some of the best years of my life, and I will never get those back.

“The government should be liable for the 11 years that they wasted and for me ending up disabled. They are putting hundreds of thousands of people in the same situation across the country every day.”

Migrants Organise, a grassroots platform where migrants and refugees organise for justice, said on Twitter, “The NHS should not be used as a tool of border control. Healthcare is a human right.”1

Aliya Yule, organiser for access to healthcare at Migrants Organise, said, “There are thousands of people in Britain who have been refused care, or charged for it, or are too scared to access it because of their immigration status.

“Simba’s story has inspired many others who are made to feel isolated and alone as a result of these policies, to not remain silent in the face of this cruelty, but instead to get organised and build power in their communities to resist the hostile environment.”