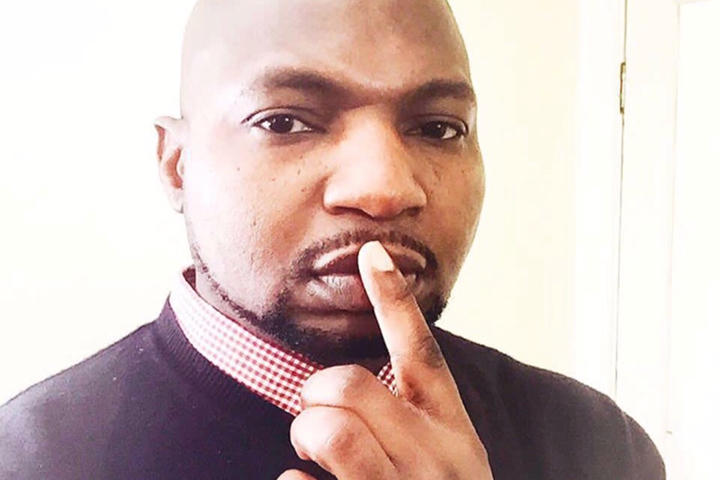 UNITED Kingdom: Zimbabwean student nurse, Nelson Ndlovu, is believed to have committed suicide after he was found hanging in his toilet on May 15, 2018.

Ndlovu’s body was found by his youngest son.

A friend, whose identity could not be immediately ascertained, said Ndlovu had not shown any signs of distress.

He did leave any note either or clue as to why he decided to take his own life.

“I have known Nelson for 23yrs and he just turned 44yrs on the 13/5/18,” said the friend, writing on crowdfunding website gofundme.com.

“A few hours before his death, I spoke to him on his mobile phone, and he was looking forward to completing his dissertation and graduate from York university.”

He added; “It’s difficult to understand.

“A mental health student on his last journey to contribute to society, a healthy man who loved to keep fit at the gym, a father who supported Arsenal with his all heart, a family man who adored his own kids to come to such a decision is hard to comprehend.”

A fundraising campaign to raise funds for Ndlovu’s funeral.

The friend said they are seeking donations to enable Ndlovu to be buried back home in Zimbabwe. 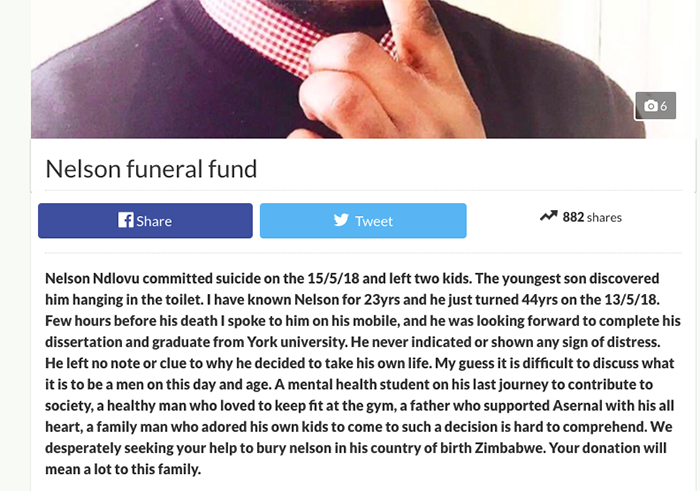