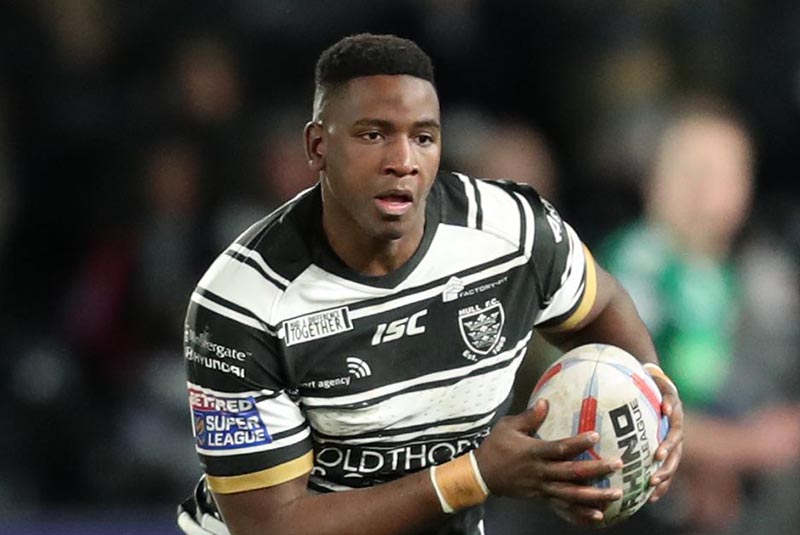 MASIMBA Matongo is hoping for a movie-style ending after literally coming Out Of Africa.

Speak to the Hull FC prop and you could be forgiven for thinking he was born and brought up in the city.

The truth is very different. Matongo hails from Zimbabwe and lived in Harare before moving to the UK aged six.

After stints in Chatham, Kent and around the country, he settled in East Yorkshire as a nine-year-old.

Fast forward and he is one of the Black and Whites’ main men as they try to upset favourites St Helens, which would keep him on track to become only the fourth ever African-born winner of the Challenge Cup.

“I think, ‘How did I end up here?’ all the time,” said Matongo, who first picked up a rugby ball at school after idolising Thierry Henry, even though he was a defender.

“Mum and dad moved for a better life. I went back to Zimbabwe when I was 15 and it’s a completely different lifestyle over there. Even simple things are different, the buses are all minibuses rather than double deckers!

“And it was still 19 degrees at night, getting to sleep was a nightmare!”

Harare’s Hull FC’s supporters’ club will be cheering on their local lad today as Matongo tries to reach the semi-finals.

“It will probably be around an internet stream,” the 22-year-old, who went to Hull Wyke amateur club after a pal spotted his talent, added.

“They know it’s a professional sport and that it’s tough but sometimes when I tell them things about the game, there are a few blank faces though.”

Matongo is hell bent on staying on the road to Wembley against Super League’s top side and to some, future treble winners.

And given the injury woes Lee Radford’s men are having, there has been a concession.

Matongo revealed: “We train with the same intensity but there’s an element of caution to make sure everyone is OK.

“St Helens is a tough challenge but if you want to be the best, you’ve got to beat the best.”