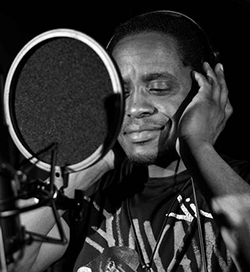 INSPIRED by Nelson Mandela’s famous quote “It Always Seems Impossible Until It’s Done”, UK-based but Zimbabwe-born rapper, Nebu, has dropped a sizzling new single.
‘Impossible’ is about hope and never giving up on your dreams, aspirations and ambitions. We hope this song resonates with someone out there and their dreams.
Nebu, formerly known as Nebuchadnezzar, is an English rapper, singer and songwriter.
Known for his thoughtful and engaging lyrics, the Doncaster MC is equally adept at singing as he is rapping.
A modern day rapper with an old school style and flow, Nebu is a wordsmith who has released critically acclaimed material before. Soliloquy Ode E.P is a favourite for critics as well as fans and was produced by EVIL ED (Jehst, Doc Brown, Broke n’ English).
Born in Zimbabwe Nebu’s musical journey began in Derby. After impressive displays in local and national shows he recorded the classic Soliloquy Ode. Another banger We Rule The World was featured on a DJ Disorda compilation album.
While on a career hiatus Nebu was an unfortunate victim of an unprovoked assault resulting in him needing a platinum plate in his jaw. Nebu thought his music career was at an end.
But that was not the end of his recording and performing career fortunately. Nebu and EVIL ED have been back in the studio and have recorded new material again.
The new single, Impossible Until It’s Done, is the first release in an exciting new project that is bringing the craft and art of lyricism back to today’s hip hop.
2016 is the year of the resurrection for Nebu and meaningful lyrics in hip hop. Look out for more Nebu releases on Buggin Out Recordings.