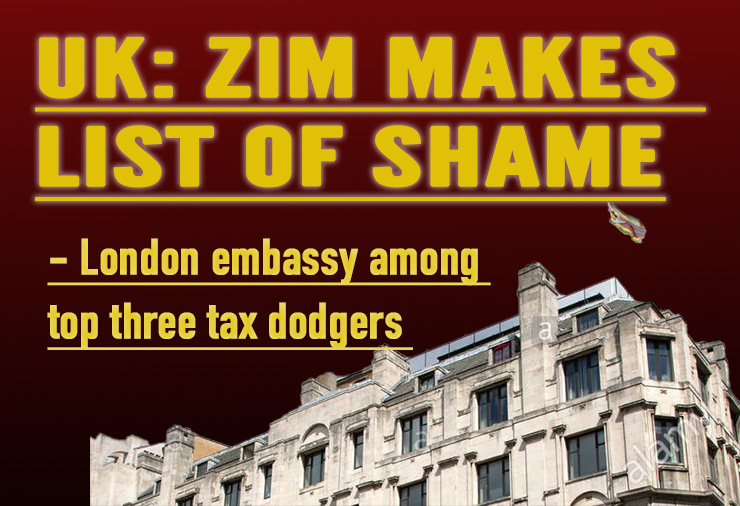 According to the UK media, the foreign office recently named and shamed 23 foreign embassies and diplomatic organisations which owe more than £1.5 million in unpaid tax.

Top of the list of shame is the embassy of Sudan, with Iran and Zimbabwe in second and third place respectively.

According to the MailOnline, diplomatic missions are exempt from national, regional or municipal taxes.

They are however, encouraged to pay a portion of their bill, equating to just 6 per cent of what a normal firm would fork out.

Government officials in Harare had not responded to NewZimbabwe.com’s questions at the late last night.

Some of the missions have been hit with eviction notices over unpaid rentals with salary arrears for staff, in many cases averaging 12 months.

At the beginning of last year, foreign and international trade minister Sibusiso Moyo confirmed government plans to reduce the number of embassies “because of financial constraints”.

“Currently, Zimbabwe has diplomatic presence at 46 Embassies and Consulates, staffed by around 581 home based and locally recruited staff. The above diplomatic presence is currently imposing annual budgetary levels of around $65 million, which is above available 2018 budget capacity of $50 million,” he said.

“Government has resolved to reduce the number of foreign missions, thereby optimising the utility value realised from the remaining missions as well as avoiding accumulation of arrears and embarrassing evictions of our diplomats.”

The administration has however not said how many, or which, of the missions will be shut down.