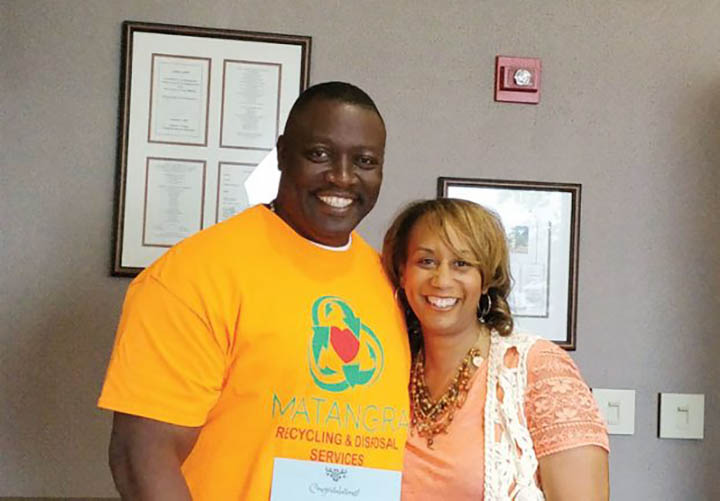 At the school’s annual Impact Banquet fundraiser, students sang, performed plays and told the crowd how North Hills has helped change their lives.

Executive Director Maria Lowder thanked parents and the community for their support and asked them to reflect on the “eternal impact” the school has on students.

“This is an evening about making a difference, making an impact,” she said.

The keynote speaker was Daniel Matangira, a school parent who grew up in Zimbabwe. Matangira talked about how an “unintentional gift” created great positive change.

Matangira was born in a small, poor village in rural Zimbabwe, but he said his story started long before then — with a prayer and a donation from North Hills.

Someone at the school, he said, chose to support a young missionary couple from Advance. That couple ended up settling just down the road from where Matangira was born.

The missionary was known simply as “Doctor Pruitt,” and he and his wife hired a few local residents to help with child care and driving. Two of those employees were Matangira’s parents.

The village he grew up in was a dark place.

“Witchcraft was the order of the day,” he said.

The town was known for it, he said, and people would often walk miles out of the way to avoid it, for fear of being cursed. His mother had a strong belief in Christ and held onto it despite ridicule.

“She was persecuted from every angle by my village. … Witchcraft and messages of death were dispatched daily to my mother,” he said.

Two of her children, both twins, were killed by villagers. But that did not stop her kindness.

“Through it all, she never lost her faith in Christ,” he said.

Matangira was born the ninth of 10 children, and his mother grew food to support them. She also used her meager income to help other children in the village.

The money she earned bought them clothes and helped send them to school. Matangira himself used to walk barefoot, four to five miles one way, to the nearest school each day.

And on Sundays, his mother would gather her children and walk the five miles to the Pruitt’s mission for church. That walk, Matangira said, is an early memory for him.

“I remember my mother carrying me on her back all the way to church,” he said.

Gradually, things changed. Thanks to his mother’s perseverance and kindness, the town’s residents converted. By the time she died, Matangira’s mother had helped more than 40 children graduate from high school and college.

His mother, he said, was an “unintentional gift” who effected great change. What more could be done when people gave with intent?

“We need to ask ourselves what it is that we can leave this generation behind,” he said.

For many attending the banquet, that was their own children’s education.

Lowder thanked parents, teachers and the community for their continued support of the school.

“This is always a great event that we have,” she said. “…We have a great team of supporters who help us meet our goal each year.”

The banquet is a fundraiser to help cover the school’s costs for the upcoming year. According to Lowder, North Hills had a $70,000 need for the 2018-19 school year. But by the start of the banquet, it had raised $50,000 through sponsorships and ticket sales.

Lowder said North Hills will be able to keep pursuing its mission to “equip the hearts and minds of students to impact the world for Christ.”