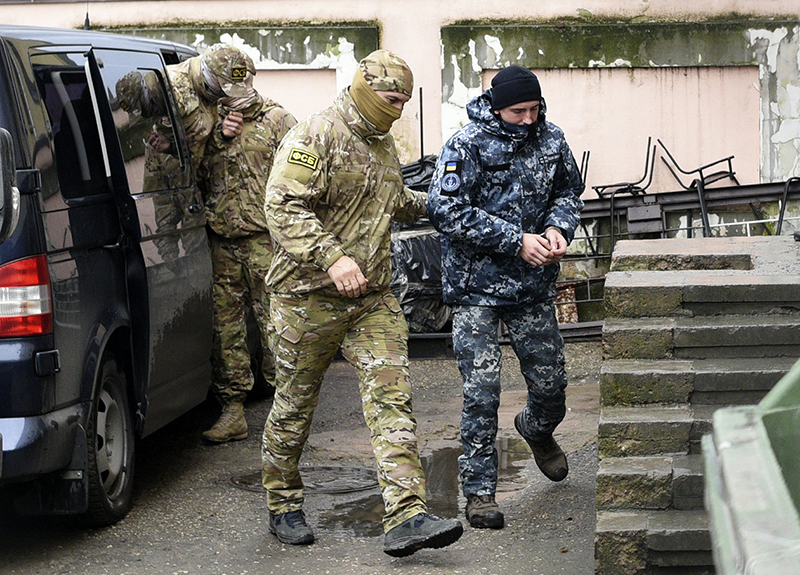 THE US and UK leaders have said not all hope is lost for a diplomatic solution to the Ukraine crisis but warn that the situation remains fragile.

In a 40-minute call, Joe Biden and Boris Johnson agreed a deal was still possible despite a chorus of warnings of imminent Russian military action.

Russia has always denied plans to invade Ukraine, despite massing more than 100,000 troops on the border.

On Monday its foreign minister said diplomacy was “far from exhausted”.

More than a dozen nations have urged their citizens to leave Ukraine, and the US has said aerial bombardments could begin “at any time”.

But in their conversation, US President Joe Biden and UK PM Boris Johnson said there remained a “crucial window” for diplomacy and for Russia to step back from its threats towards Ukraine, according to a Downing Street statement.

“The leaders emphasised that any further incursion into Ukraine would result in a protracted crisis for Russia, with far-reaching damage for both Russia and the world,” the statement added.

Johnson reportedly said that the UK was prepared to do everything it could to help, to which Mr Biden responded: “We’re not going anywhere without you pal.”

Johnson is expected to hold a Cobra meeting on Tuesday to discuss the UK’s response to the pressures.

In a defiant speech to the nation on Monday, Ukraine’s President Volodymyr Zelensky declared 16 February – a date cited by US officials as a possible day on which Russia could attack – a “day of unity”, and praised the strength of the Ukrainian military.

“We have something to respond with. We have a great army… this is an army many times stronger than eight years ago.”

But he said he wanted to resolve all issues through negotiations and diplomacy.

The Ukrainian president ended his speech on an optimistic note: “Now you may think it’s darkness all around. But tomorrow the sun will rise again over our peaceful sky.”

UN Secretary General Antonio Guterres warned against “incendiary rhetoric” and said he would leave no stone unturned in the search for a peaceful solution.

The US is urging all Americans in Belarus and the Russian-backed Moldovan breakaway region of Trans-Dniester to leave immediately, citing unusual and concerning Russian military activity around Ukraine.

The Pentagon said Russia was increasing military deployments near the Ukraine border and that President Vladimir Putin had many options available if he wanted to use military force.

The US embassy in Kyiv is being completely evacuated and relocated to the western city of Lviv.

The Russian defence minister told Mr Putin that some of the country’s military drills near Ukraine’s border had already ended and others were coming to a close.

And asked whether there was a chance for agreement with the West, Russia’s Foreign Minister Sergei Lavrov said the “possibilities are far from being exhausted, they certainly should not continue indefinitely, but I would suggest continuing and ramping them up”.

Lavrov’s comments, made in a meeting with Mr Putin, are being seen as a clear concession that talks could ease the tensions. But analysts say that without either side moving over the thorny issue of Ukraine potentially joining Nato, there is still deadlock.

The Kremlin says it cannot accept that Ukraine – a former Soviet republic with deep social and cultural ties with Russia – could one day join Nato, and has demanded that this be ruled out. Nato’s members have rejected this request.

Germany’s Chancellor Olaf Scholz is the latest European leader to travel to Eastern Europe in an attempt to resolve the crisis. After coming under fire for a slow initial response, Mr Scholz met the Ukrainian president in Kyiv on Monday and will hold talks with Russia’s President Putin in Moscow on Tuesday.

In Kyiv, the German chancellor said there was “no reasonable justification” for the Russian military build-up on Ukraine’s borders and that Western countries would impose “very far-reaching and effective sanctions” against Russia if it invaded.

Also on Monday the US said it had sent eight more F-15 fighter jets to Poland to take part in Nato air patrols. The US earlier said an extra 3,000 soldiers would be sent to Poland in the next few days to boost Nato military strength in the region.