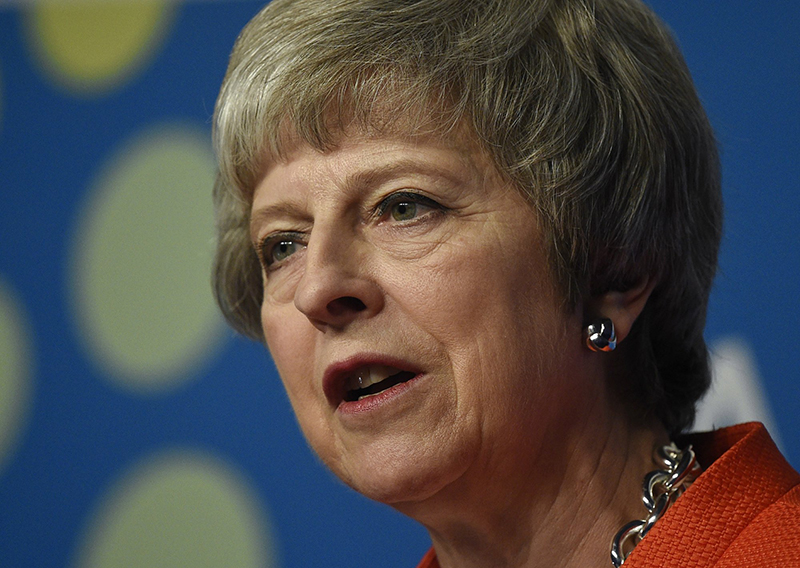 LONDON: Britain’s opposition Labour Party ramped up the pressure on Prime Minister Theresa May Sunday, saying it will call a no-confidence vote if Parliament rejects her Brexit deal on Dec. 11.

May is battling to persuade skeptical British lawmakers to back the deal her government and the European Union reached last month. Rejecting it would leave the U.K. facing a messy, economically damaging “no-deal” Brexit on March 29.

Labour Brexit spokesman Keir Starmer said it’s “inevitable” that Labour will bring a motion of no-confidence in the government if Parliament rejects the Brexit agreement.

“If she’s lost a vote of this significance after two years of negotiation, then it is right that there should be a general election,” Starmer told Sky News.

If May’s government lost a no-confidence vote, it would have two weeks to overturn the result with a new vote by lawmakers. If that failed, Britain would hold a national election.

Politicians on both sides of Britain’s EU membership debate oppose the agreement May has struck with the bloc — Brexiteers because it keeps Britain bound closely to the EU, and pro-EU politicians because it erects barriers between the U.K. and its biggest trading partner.

With opposition parties and dozens of the prime minister’s fellow Conservatives against the deal, May’s chances of winning the vote in Parliament appear slim. But Environment Secretary Michal Gove said, “I believe that we can win the argument and win the vote.”

“I know it is challenging,” he told the BBC on Sunday.

“One of the things that I hope people will have the chance to do over the next nine days is to recognise that we should not make the perfect the enemy of the good,” Gove said. “We have got to recognise that if we don’t vote for this, the alternatives are no deal or no Brexit.”

Before the Dec. 11 vote, Labour is also trying to force May to publish confidential advice from the country’s top law officer about the Brexit deal.

Under opposition pressure, the government promised last month to show Parliament the legal advice from Attorney General Geoffrey Cox “in full.” Now, however, it says only that Cox will make a statement to Parliament.

Starmer said Labour would accuse the government of being in contempt of Parliament if it does not release all of the attorney general’s input. A refusal to publish the text could trigger “a historic constitutional row that puts Parliament in direct conflict with the executive,” he said.

A key legal issue is how Britain can get out of a “backstop” provision that would keep the country in a customs union with the EU to guarantee an open border between the U.K.’s Northern Ireland and EU member Ireland.

Pro-Brexit lawmakers say the backstop could leave Britain tied to the EU indefinitely, unable to strike new trade deals around the world.