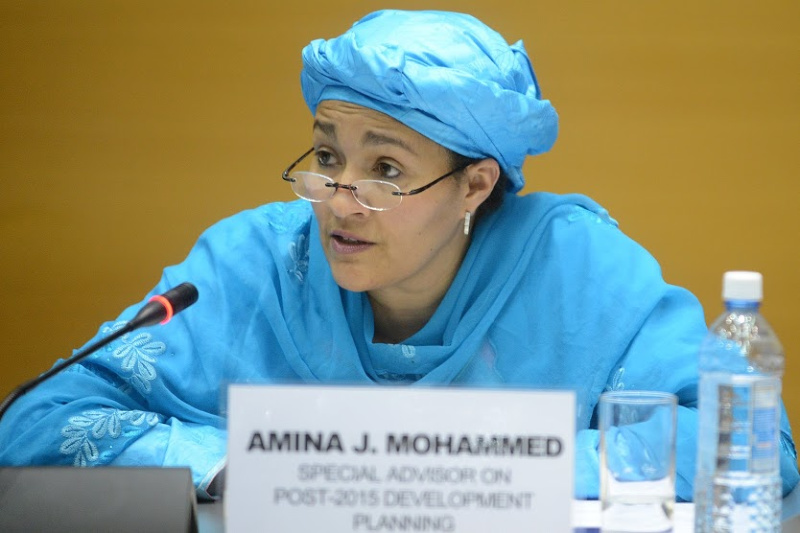 Mohammed was accompanied by UN Under-Secretary-General and Executive Secretary of the Economic Commission for Africa (ECA) Vera Songwe when they visited the game park to have an appreciation of state of affairs as they went for a game drive at the Main Cam.

She together with several other high-ranking officials including African Union deputy chairperson Ambassador Kwesi Quartey are in the country for the 6th session of the Africa Regional Forum on Sustainable Development (AFRFSD) which starts Sunday until Thursday in Victoria Falls.

“This summit is a platform for member States of the general assembly and African Union to reflect on the SDGs implementation in the past decade, ” she said at the airport. 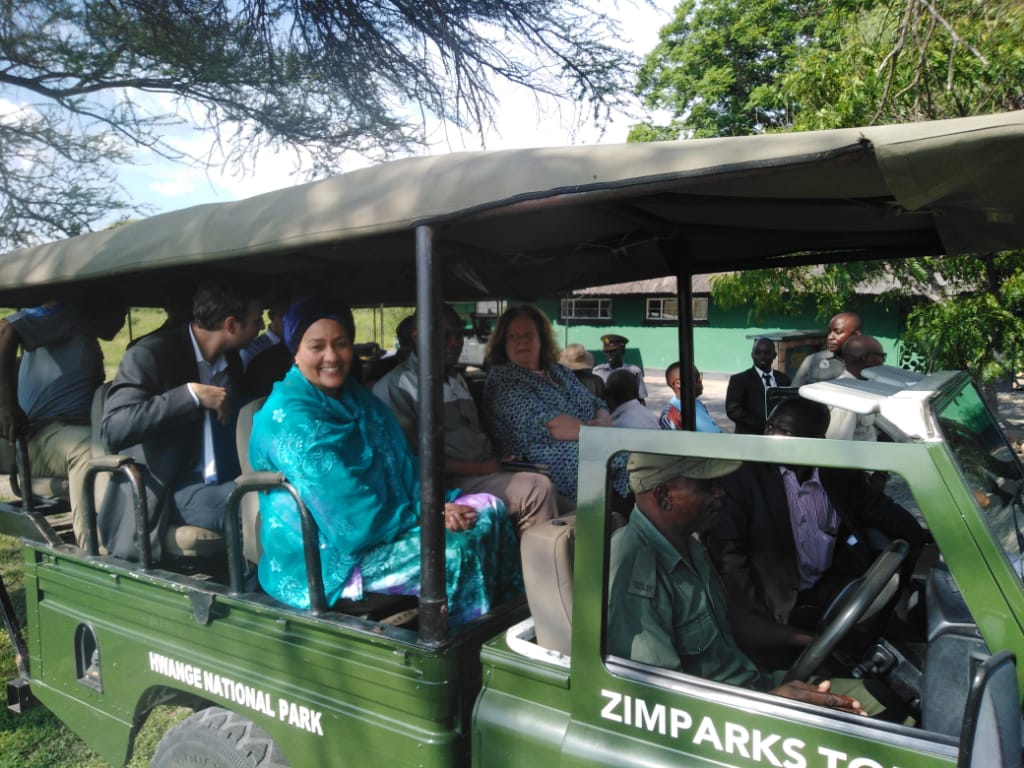 After the game drive she said: “We have seen opportunities for investment here. It’s nice to see how ground water is being used with little resources and we will see how we can come in.”

Zimparks principal ecologist Hilary Madhiri said drought and water shortage as a result of climate change are the main challenges in the country’s largest game park.

“Poaching is not a serious problem because interventions have been put in place. Drought related mortalities are far more than other deaths hence we need climate change intervention strategies,” he said.

Various regional and international bodies will be represented at the summit whose theme is: “2020-2030: A Decade to Deliver a Transformed and Prosperous Africa through the 2030 Agenda and Agenda 2063.”

Proceedings will be around reviewing progress made in implementing and monitoring the UN Sustainable Development Goals (SDGs, facilitate peer learning and advance transformative solutions and actions to accelerate implementation of the SDGs and Agenda 2063 goals).

All the SDGs will be discussed unlike in the previous five editions where only selected SDGs were targeted.