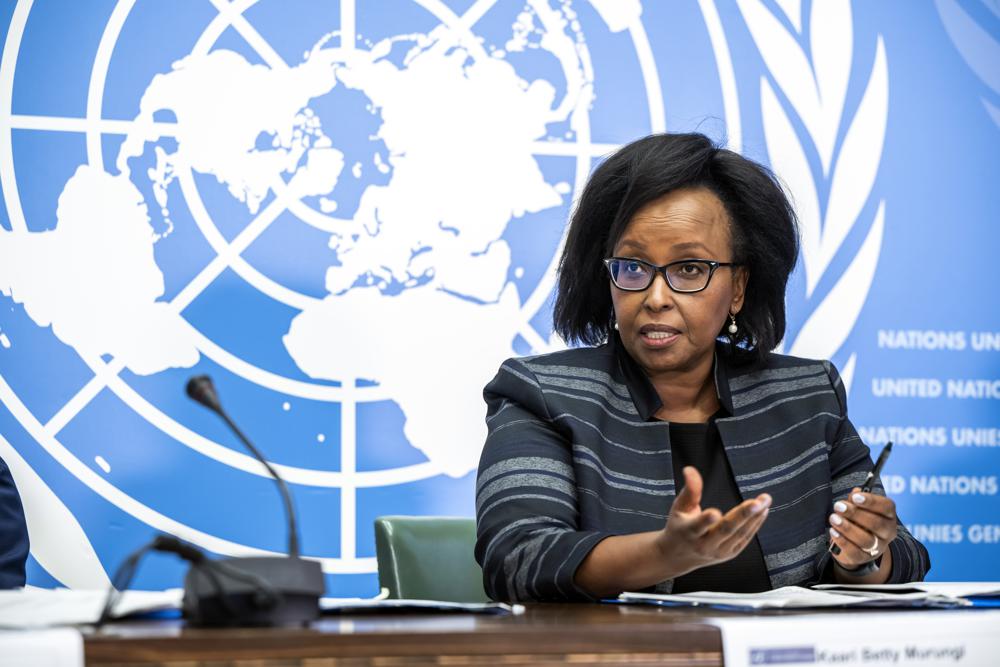 GENEVA: U.N.-backed investigators said Thursday they have turned up evidence of war crimes and crimes against humanity by Ethiopian government forces, Tigray forces and Eritrea’s military — including rape, murder and pillage — over the nearly two-year war centering on Ethiopia’s northern Tigray region.

The Commission of Inquiry on Ethiopia, which is working under a mandate from the U.N.’s Human Rights Council, attributed a litany of war crimes on all sides, but said the government forces of Ethiopia had also resorted to “starvation of civilians” as a tool of war. It also said both Ethiopian and Eritrean forces were found to be responsible for “sexual slavery” — while Tigray forces were not.

After a cease-fire ended last month “the fighting seems to be escalating, and we have received credible information that there is an escalation in drone attacks which are employing explosive weapons with wide-area effects in populated areas,” said commission chair Kaari Betty Murungi.

“The consequences of this new renewed war has potential to affect not just the stability of Ethiopia, but of the entire Horn of Africa region,” she told reporters.

Murungi was presenting details of an initial report based on interviews with 185 survivors, witnesses and others, as well as other sources. The team was not granted access to Ethiopia.

The findings, in a recent report, shed new light on widely-chronicled moves by the federal government to deny access to basic services including telecommunications, banking and access to humanitarian aid to the population of Tigray during the fighting.

“We also made findings relating to very — really barbaric — attacks by use of rape and other acts of sexual violence that was committed by parties to the conflict that include (Ethiopia’s military forces), but also to the Tigray forces,” Murungi said.

The Ethiopian government has rejected the report, Murungi said, because it believed the team exceeded its mandate.

Eritrean forces fought on the side of Ethiopian federal troops in Tigray when war started in November 2020, and have been implicated in some of the worst atrocities committed in the conflict — charges they deny. On Wednesday, Tigrayan authorities said Eritrea has launched a full-scale offensive along its border with northern Ethiopia, in an apparent escalation of fighting.

Tens of thousands of people are believed to have been killed and millions displaced in Ethiopia’s Tigray, Amhara and Afar regions.