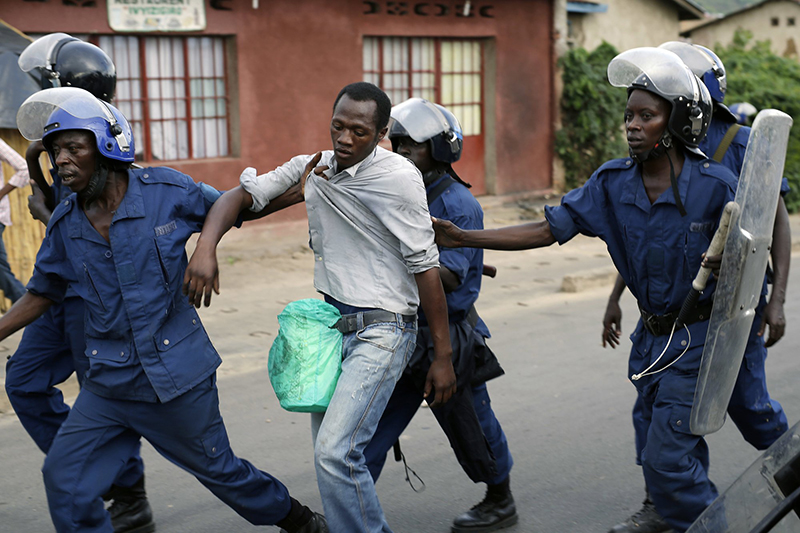 NAIROBI: The United Nations human rights office on Thursday said Burundi’s government has asked it to leave, months after the outgoing U.N. rights chief called the country one of the “most prolific slaughterhouses of humans in recent times.”

Spokeswoman Ravina Shamdasani in Geneva confirmed they received a letter on Wednesday “requesting us to close the office. We of course regret this decision and we would like to continue our cooperation with Burundi.”

She declined to comment further, calling the issue sensitive. Sources within the U.N. office in Burundi told The Associated Press they were given two months to leave. They spoke on condition of anonymity because they were not authorized to speak to reporters.

Burundi has been pulling back from international criticism, making history a year ago as the first country to withdraw from the International Criminal Court.

The East African nation’s government has long been angered by U.N. reports describing alleged abuses amid the political turmoil since President Pierre Nkurunziza decided to run for another term in 2015.

More than 1,200 people have been killed since then, the U.N. says, and ICC judges authorized an investigation into allegations of state-sponsored crimes including murder, rape and torture — a decision unaffected by Burundi’s withdrawal from the court.

Outgoing U.N. rights chief Zeid Ra’ad al-Hussein early this year said Burundi was among “some of the most prolific slaughterhouses of humans in recent times.”

The government strongly denies allegations it targets its own people, saying the charges are malicious propaganda spread by exiles.

Burundi suspended its cooperation with the U.N. rights office in October 2016, accusing it of “complicity with coup plotters and Burundi’s enemies” after a report alleged the “involvement of the regime in systematic abuses and a risk of genocide.”

In December 2017, the government shut four regional offices of the U.N. rights office in the country. And a team of experts mandated by the U.N. Human Rights Council to look into possible abuses was expelled in May despite Burundi’s agreement to cooperate.

Burundi’s foreign minister, Ezechiel Nibigira, on Thursday called a press conference on the issue but then postponed it, telling reporters that “We will communicate you when we are well prepared.”

Rachel Nicholson, the Burundi researcher for Amnesty International, called the news “deeply disappointing” and called on the government to reverse its decision.

Having refused to cooperate with a U.N. commission of inquiry or sign a memorandum of understanding with African Union monitors, the government is again trying to block independent monitoring, Nicholson said.

“But the truth will still get out.”