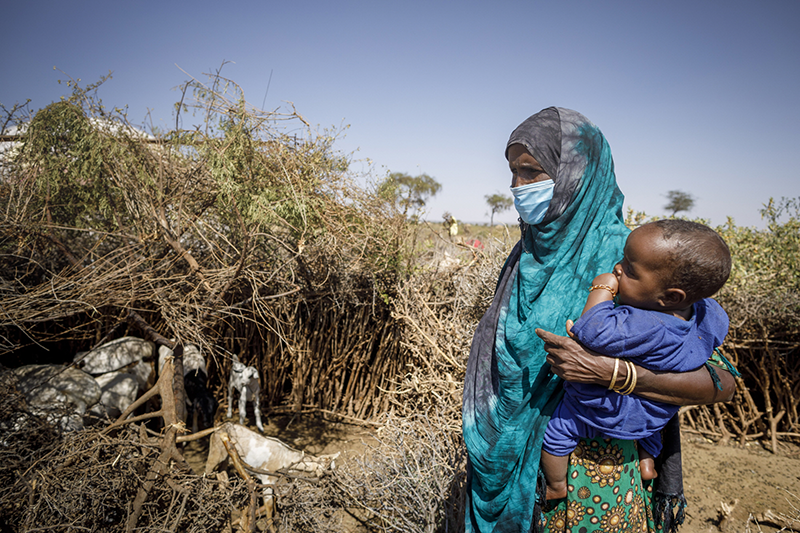 Northern Mozambique is facing dire food shortages, the United Nations warned Friday as it appealed for funds to keep its food aid flowing to the conflict-ridden region.

The UN’s World Food Programme is delivering food assistance to one million people affected by the turmoil in the southern African nation.

But the WFP warned it would be forced to suspend its aid at the peak of the hunger season in February unless an additional $51 million is urgently received.

“The situation is dire and these are people who are suffering,” Antonella D’Aprile, the WFP’s country director in Mozambique, told reporters in Geneva via video link from Maputo.

“We have a very serious funding shortage. WFP would be forced to suspend life-saving assistance to one million people by February if we do not receive funds now.”

February is the peak of the lean season in Mozambique, with food more expensive as farmers wait for the harvest. It is also the cyclone season.

Cabo Delgado province is the epicentre of a five-year-old jihadist insurgency which has so far claimed more than 4,300 lives, and around a million people have fled their homes.

But the jihadists are now making incursions into the previously untouched south of Cabo Delgado and spilling over into neighbouring Nampula and Niassa provinces.

Cabo Delgado is the most food-insecure province in Mozambique, with nearly 1.15 million people in what is considered “crisis” or “emergency” levels of hunger, with indicators showing that the situation may deteriorate further.

“These people are displaced and traumatised multiple times,” said D’Aprile.

“We need funding now to avert not only hunger in the short-term but also to tackle the root causes of chronic food insecurity.”

The WFP has already been delivering half-rations since April due to limited funding and increasing needs.