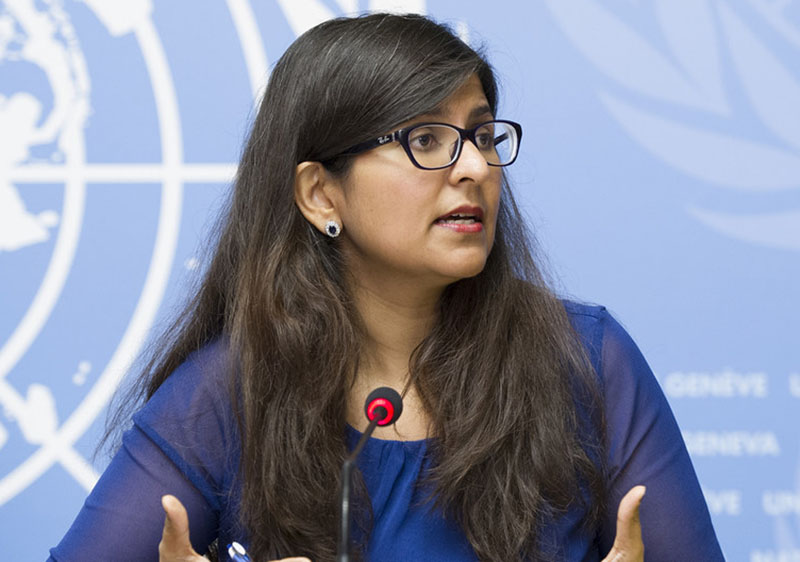 THE United Nations’ human rights office weighed-in on the Zimbabwe crisis Friday, expressing concern over repression of protests and calling on the Harare regime to stop the crackdown against demonstrators.

Similar concerns have also been expressed by western governments and the European Union (EU).

However, there has so far been no intervention on the crisis by the African Union and the regional SADC grouping despite repeated appeals by rights groups in Zimbabwe as well as the opposition.

“We are deeply troubled by the socio-economic crisis that is unfolding in Zimbabwe and the repression of large-scale protests in the country, following the Government’s decision to increase fuel prices,” said UN High Commissioner for Human Rights (OHCHR) spokesperson Ravina Shamdasani.

We call on the Government to find ways of engaging with the population about their legitimate grievances and to stop the crackdown against protesters.”

Speaking to journalists in Geneva at the regular biweekly press briefing, Shamdasani called on the authorities to ensure that the country’s security forces handle protests and exercise their power – especially the use of firearms and live ammunition – strictly in accordance with the country’s international human rights obligations and the relevant principles.

These include legality, necessity, proportionality, precaution and accountability, she explained, before noting that there had also been also allegations of “generalized intimidation and harassment” by security forces, who had allegedly carried out door-to-door searches.

Last month, a national commission appointed by President Emmerson Mnanagagwa found that the military’s use of live bullets during deadly post-election violence in August was disproportionate and unjustified, Shamdasani noted.

The bottom line is that the use of live ammunition by security forces was used, excessive force was used,” she stressed in relation to the latest protests.

“We don’t have verification on the exact number of people who were killed or injured, but there are doctors’ associations that are putting numbers out there, likely more than 60 people were treated in hospital for gunshots wounds.

“This is not the way to react to the expression of economic grievances by the population.”

Countrywide, more than 600 people have been arrested in the demonstrations to date, according to Zimbabwe’s Minister of National Security.

Among those detained are opposition leaders and prominent civil activists, Shamdasani said, before appealing for the prompt release of all those held for exercising their rights to freedom of peaceful assembly and expression.

Reports that access to the Internet had been cut were also of concern, the UN official added.

“There are reports that it has been shut down again. The Government has been saying that this is to deal with misinformation that is spreading on social media.”

Asked about the nature of the demonstrations, Shamdasani explained that some reports suggested protesters had burned tires and barricaded roads, while others had set buildings on fire and carried out looting, although it was difficult to identify those responsible.

“There was some use of violence by the protesters as well, fires were set,” she said.

Shops and businesses were looted; as always, it’s difficult to determine who did this. Was it opportunist taking advantage of the chaos to do that?