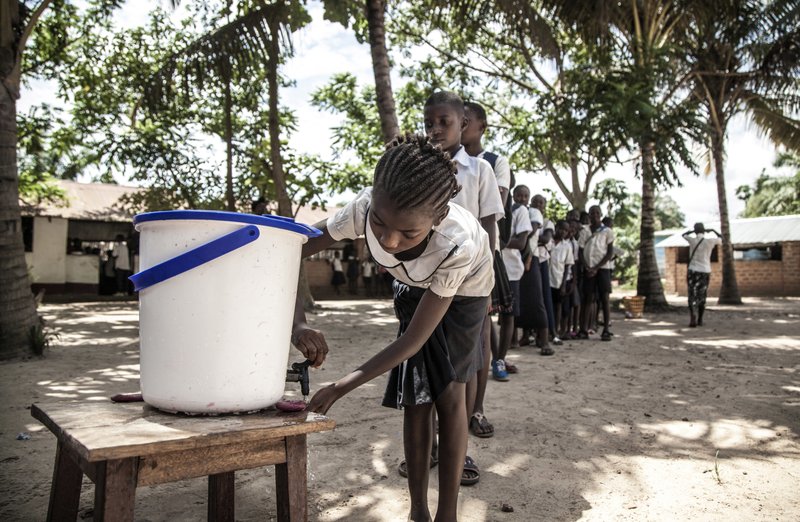 WITH famine on the rise worldwide, the UN Security Council threatened sanctions Thursday against governments, armies and rebels that block humanitarian aid from reaching civilians in war zones.

A resolution put forward by Ivory Coast, Kuwait, the Netherlands and Sweden was unanimously adopted, winning backing from Russia, which is facing calls to pressure its Syrian ally to allow aid convoys to rebel-held areas.

Famine has been on the rise over the past two years, reversing decades of decline, as conflicts have intensified and hunger is increasingly used as a weapon of war.

More than 74 million people are going hungry in war zones around the world, according to the United Nations.

Dutch UN Deputy Ambassador Lise Gregoire-van Haaren described the resolution as a “landmark” text because the council “for the first time unequivocally condemns the use of starvation as a method of warfare.”

“It makes sense that countries or individuals that block humanitarian access should be sanctioned, and this is one of the possibilities that now opens up,” Skoog told reporters.

Addressing the council, Russia argued that armed conflicts were not the only factor behind the spread of famine, pointing to rising food prices, natural disasters and climate change as new drivers of hunger.

The war in Yemen has left more than eight million people on the brink of starvation out of 17 million who are severely food insecure, according to the United Nations.

South Sudan’s army and rebel groups have been accused of using hunger as a weapon of war, with repeated attacks on aid workers.

Last year, the United Nations raised alarm over the threat of famine in parts of Nigeria, Somalia, South Sudan and Yemen.

In Syria, now in its eighth year of war, 13 million people are in need of food aid, including three million Syrians who live in besieged or hard-to-reach areas.