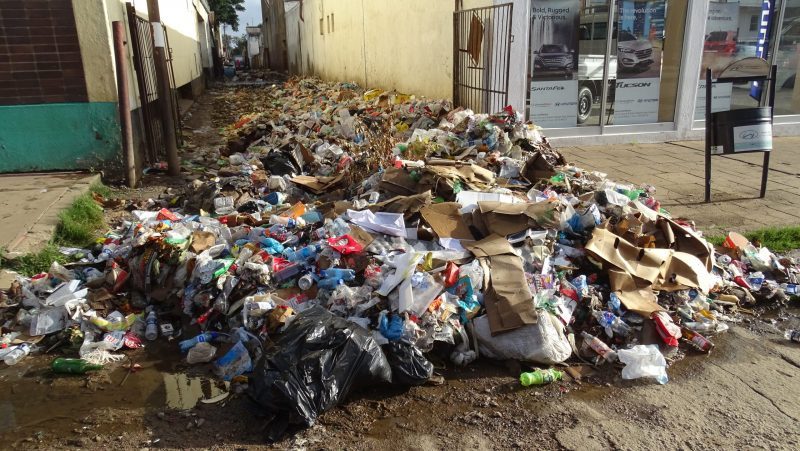 Some of the rubbish piling up in Bulawayo
Spread This News

THE BULAWAYO City Council is failing to collect garbage, a development which has resulted in heaps of rubbish becoming an eyesore including in the central business district (CBD).

Since the start of the festive season, the stink of uncollected garbage in sanitary lanes in the city and some residential areas have become unbearable as council workers have not been collecting refuse.

One such noticeable heap is located at a sanitary lane at the corner of 6th Avenue and George Silunduka.

The news reporter also witnessed some residents negotiating their way past the garbage heaps.

A constant foul smell from heaps of garbage greeted every passerby.

“The city council has not been collecting rubbish at this place for a while. To make matters worse,  some vendors have also been dumping their waste here during the night. The place is now really horrible,” an employee at the Royal Hotel where the sanitary lane is located, said.

Another resident, Gibson Moyo urged the police and the Environmental Management Agency (EMA) to arrest offenders littering the city.

“Service delivery in Bulawayo now poses the biggest threat to lives, especially with the outbreak of the Covid-19 pandemic,” Moyo said.

However, efforts to get a comment from the city’s spokesperson Nesisa Mpofu were unsuccessfull.