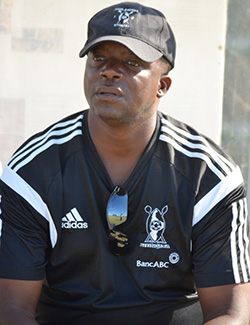 A WEEK after being bundled out of the Chibuku Super Cup, Highlanders will be aiming for revenge when they take on How Mine again, this time in a Castle Premiership match at Barbourfields.
Bosso were dumped 4-3 on penalties last Sunday after the match had ended 1-1 after regulation time.
But How Mine coach Luke Masomere is aware that Bosso are seeking a reversal in fortunes.
“Obviously we have the advantage of going into the match as favourites, but this is not a cup match. It’s three points at stake and the usual city bragging rights.
“So the pressure is more on them than us and that’s good for my boys. Maybe they are looking for revenge. Let’s see how it goes, we don’t feel any pressure at all,” said Masomere.
The two teams drew 1-1 in the reverse premiership fixture.
The last time Bosso beat How Mine was in 2013 in the final of the Mbada Diamonds Cup 3-0 at Barbourfields.
Since then, How Mine have knocked Bosso out of the 2014 One Wallet Cup, again, via penalties before draws in their league encounters.
For Bosso boss, Bongani Mafu, 2015 has been nothing short of hell as they sit in ninth place with 22 points, 12 off leaders Chicken Inn.
After seeing his charges finally break the Dynamos jinx two weeks back in the ZNA Commander Charities final, they have failed to transform that into consistency.
FIXTURES
Saturday: Harare City vs Dongo Sawmill (Rufaro), Chicken Inn vs Chapungu (Luveve), FC Platinum vs Hwange (Mandava), Tsholotsho vs Triangle (White City), Flame Lily vs Caps United (Larfarge)
Sunday: Dynamos vs ZPC (Rufaro), How Mine vs Highlanders (Barbourfields), Whawha vs Buffaloes (Ascot)