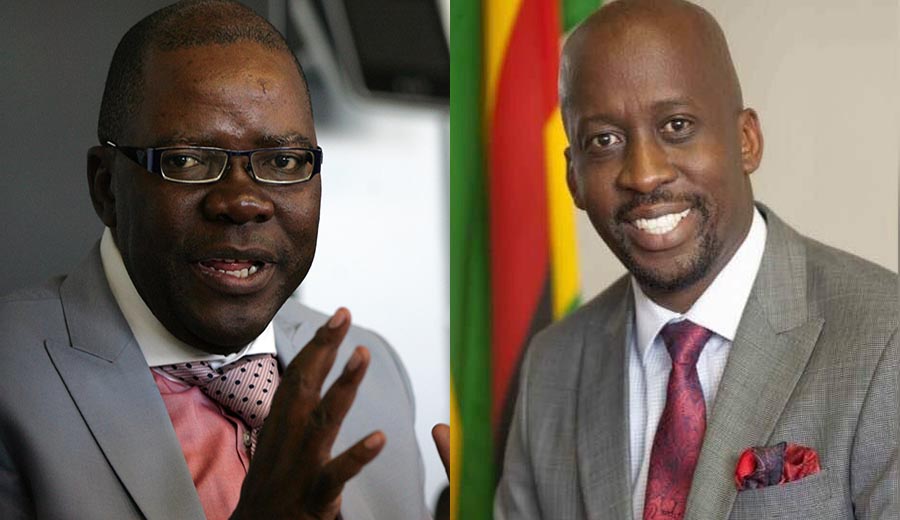 The junior minister however refused to admit he warned that the country’s military would not accept an opposition victory in elections set for later this year.
Mukupe reportedly made the remarks during a Harare East constituency meeting.

Mukupe claimed his adversary had not taken his HIV/AIDS medication, drawing widespread condemnation.

However, in a statement Saturday, Mukupe tried to wriggle out of the sticky situation.

“I feel it is of the utmost importance to apologise bad clarify on some statements that have been misinterpreted and, in some cases, deliberately distorted and misrepresented,” he said.

Mukupe denied insinuating the army would revolt against opposition MDC Alliance presidential candidate Nelson Chamisa if he were to win the elections.
Taken out of context

“First of all, I deny categorical that I even insinuated that the military would take sides,” he explained.

“I am a passionate supporter of both the President and our highly professional military and for that I will never apologise.”

Mukupe added that he supported Mnangagwa’s call for a free, fair and credible poll claiming his words had been blown out of context.

“So, while my words may have been taken out of context by unruly opposition elements, let me be clear that I firmly stand behind the President and government in calling for free and fair elections.

“In the new dispensation we must show the world that we are not only open for business but that we are committed to democracy and the freedom which came with it,” he said.

Again, while admitting he erred in his utterances regarding HIV/AIDS ante-retroviral drugs in a live radio rant aimed at former finance minister Tendai Biti, Mukupe refused to apologise to the opposition People’s Democratic Party leader instead arguing the human rights lawyer had it coming.

“When our nation and ordinary citizens are abused on the radio with vulgar language all the time by Tendai Biti, I will stand up for what is right,” said the deputy minister.

“Though I was abused and insulted by the tone and content of Mr Biti’s interview. I should not have responded in such a way and I apologise for the offense I have caused for the remarks I made pertaining to ARVs.”

He also refused to apologise for his “violent” behaviour towards Newsday staffer Blessed Mhlanga who claimed he was assaulted by Mukupe in a nasty altercation that is now the subject of a police investigation.

The deputy minister however, admitted he was wrong to walkout on a radio programme that he was having with Mhlanga.