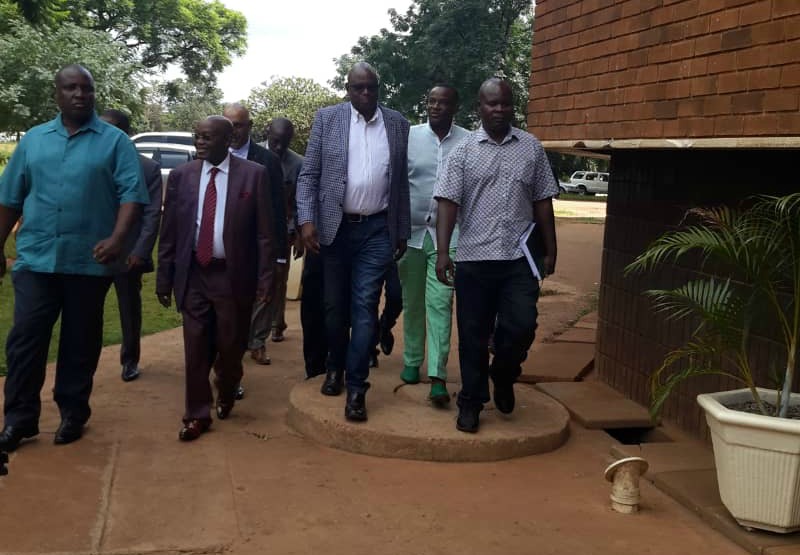 SUSPENDED Chief Magistrate, Mishrod Guvamombe Friday tried to escape to India when he got wind of his impending arrest over abuse of office charges, a Harare court heard on Saturday.

Guvamombe however failed to escape after his request for an urgent leave was turned down by his employer, the Judicial Service Commission (JSC).

He was arrested and detained overnight on Friday after which he was brought before Acting Chief Magistrate Munamato Mutevedzi the next day facing criminal abuse of office charges.

The country’s head of all magistrates is accused of offering attachments at the Harare Civil Court to ex-ministers, Supa Mandiwanzira and Saviour Kasukuwere.

The two are currently studying law with the University of Zimbabwe but are also before the courts standing trial on separate corruption related cases.

The state alleged that despite trying to flee, Guvamombe also tried to intimidate state witnesses and avoid spending a night in police detention.

“An attempt was made to acquire evidence in this case and persuade witnesses not to testify.

“Some of the witnesses are his subordinates and the accused has made attempts to interfere with them,” said the chief investigating officer, Clemence Mashawi.

Court heard that when investigations against him started, Guvamombe called the magistrates and coached them on what to tell the police.

It is state’s case that this resulted in Singano giving two different statements.

“When I interviewed Singano, he gave a statement which indicated he was being influenced not to testify against the accused.

“Ï was later called by the JSC secretary Chikwanha who informed me that Singano had given another statement in which he then retracted the information he was told by his boss (Guvamombe),” said the investigating officer.

The IO also told court that Guvamombe, in a desperate attempt to avoid police cells, ordered his doctor, a Makwara to write a letter to the police.

“The letter was written at the instigation of the accused person and in my presence. He detected what he wanted to be listed while I was listening. His lawyers even suggested that he be detained at Parirenyatwa hospital. Because of this, we feel he might abscond if granted bail,” argued the IO.

The cited letter was also read in court.

It mentioned that the Guvamombe had encountered a life threatening road accident in which his head was severely injured, the reason he was consulting a neurologist.

Court heard he has since undergone two brain operations.

The doctor also wrote that he must not be subjected to cold and very hot conditions, that he should not sleep on hard surfaces or on the floor as he risked bleeding from his fresh wounds if he hit against a hard surface.

Guvamombe’s lawyer Jonathan Samukange argued that the sickness subject was not premeditated but the issue of an affidavit was suggested by the police after he explained his client’s medical conditions.

The arguments took almost the entire day Saturday but court later ruled in favour of Guvamombe who was then granted $3 000 bail.

Guvamombe was ordered to surrender surety in form of a movable or immovable property worth over $30 000.

He was also ordered not to travel over 50 kilometres radius beyond Harare, not to interfere with witnesses and to continue residing at his given address until his case was finalised.

The top magistrate will be back in court on January 25 for his routine remand.