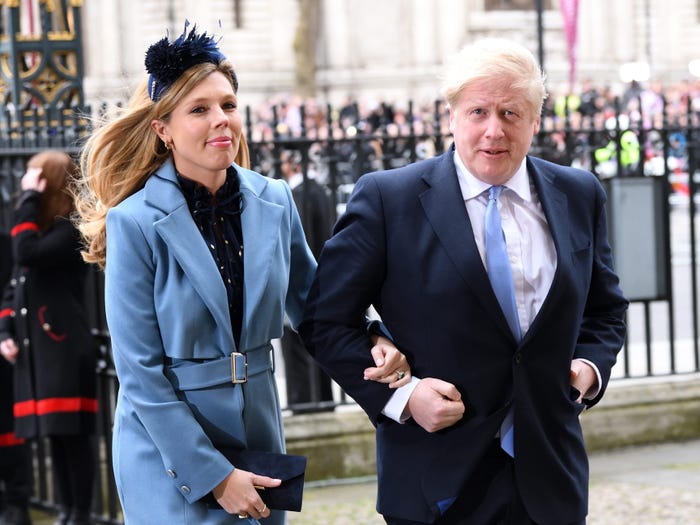 AN updated report on lockdown parties in No 10 will be published by Sue Gray once police finish their inquiries, Downing Street has said.

Prime Minister Boris Johnson met with Tory MPs on Monday to reassure them and promise a shake-up of how No 10 is run.

Ms Gray concluded there was a “failure of leadership” over the 16 separate events she examined.

However, the full report has not been published while the police investigate alleged Covid rule breaking.

Metropolitan Police officers are looking into 12 events for alleged breaches of lockdown rules, including three the PM reportedly attended and one in his flat.

The force has confirmed it has received more than 500 pages of documents and 300 pictures as part of its investigation, adding that it expects to conduct interviews with people who have “potentially breached” the rules.

Ms Gray said she has been “extremely limited” by the police investigation in how much she can say, so a “meaningful” report could not be released yet.

In the published update that came out on Monday, she criticised the culture in Downing Street among senior civil servants and staff, arguing that some of the gatherings did not observe the high standards “expected of the entire British population at the time”.

“There were failures of leadership and judgement by different parts of No 10 and the Cabinet Office at different times,” she wrote.

It was only 12 pages, but there was one very damaging and difficult conclusion in the terse summary of Sue Gray’s report.

It is there now in black and white for all to see – there was rule breaking at the top of government when the country was living through lockdown.

The prime minister’s original claim that all the guidelines were followed seems almost farcical now.

Downing Street’s early dismissals of the claims, even some of Mr Johnson’s allies admit, now seem ill-advised. The Tory leader was savaged in the Commons, including by some of his own side, the disbelief and despair led by the former occupant of his address.

The publication, however, has not toppled over an overwhelming set of dominoes.

There are Conservative MPs who are incandescent. There is also a band of loyalists determined to help him stay on, almost whatever happens next.

Ms Gray had to rewrite her report after the Met asked last week for only “minimal reference” to be made to events they are looking at, in order to “avoid any prejudice to our investigation”.

The events being looked at by the police force include the 20 May 2020 “bring your own booze” event in the Downing Street garden, which Mr Johnson has apologised for attending, as well as the PM’s birthday party on 19 June 2020.

And police are also investigating a gathering on 13 November 2020 at his Downing Street flat.

The leading investigator, Commander Catherine Roper, said officers had been handed “well over” 500 pieces of paper, and more than 300 photographs so far.

They expect to approach in writing, or via email, individuals “identified as having potentially breached”, she added.

Speaking in the Commons on Monday, Mr Johnson initially declined to answer whether the report would be published in full.

However, Downing Street later confirmed the PM would “ask Sue Gray to update her work in light of what is found” by the police after their inquiries conclude, adding they would publish the result of this work.

Many Conservative MPs had said they were waiting for Ms Gray’s full report to decide whether to try to remove the PM from office.

If at least 54 of them submit letters of no confidence to the 1922 Committee, which represents backbench Tory MPs, they can trigger a vote on his position as leader of the Conservative Party.

Mr Johnson addressed a meeting of that committee on Monday evening, after which cabinet minister Jacob Rees-Mogg said the “mood was positive”.

Peterborough MP Paul Bristow acknowledged it had been a “difficult day” but said there was support for Mr Johnson.

Earlier in the Commons, some of the PM’s backbenchers expressed support for Mr Johnson – but others issued stinging rebukes in light of the findings.

Former PM Theresa asked if he had read or understood the Covid rules created by his government, or whether he “believed they did not apply” to No 10, while ex-cabinet minister Andrew Mitchell told MPs the PM no longer had his support.

The SNP’s leader at Westminster, Ian Blackford, was ordered to leave the Commons chamber after accusing the PM of lying to MPs about the No 10 events.

He wrote: “The prime minister could have got on the front foot, advancing his position on a broader front of ensuring integrity in government.

“Yet for some reason, this very intuitive politician decided to do the minimum in responding to the report rather than go further in his apology and his proposals.”