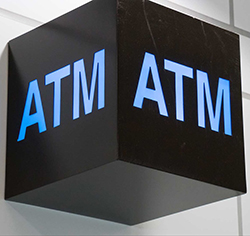 Did you know that an average savings account gets charged $150 annually? Now multiply this with a bank with 10,000 savings account holders (other banks like CBZ and Steward Bank actually have more) and this translates to $1.5 million. That’s not all, on top of charging you, banks use your deposits to generate interest income by offering loans at punitive rates (10% and above).
The average customer does not even have the slightest clue that he/she gets charged US$2.50 every time he/she stands in an ATM queue to withdraw $100 (current maximum withdrawal limit in most banks). This is because banking by nature is a very discrete business and traditional banking has always been based on secrecy and compactness.
Banks will only communicate the minimum information about their operations such that over 50% of their clientele do not even know or understand that over 50% of the bank charges they incur (see table 1 below).
In that regard, this article will describe how ATMs operate, costs incurred by banks to operate them and, finally, offer suggestions on how to reduce ATM fees.

ATMs explained
An automated teller machine is simply an electronic banking outlet which allows customers to carry out transactions without the assistance of a human bank teller. The simplest ATM allows withdrawals whilst new added features can allow clients to buy electricity, effect deposits and request account information.
In Zimbabwe, ATMs are owned by banking institutions. However, in other countries individuals and private businesses can own and lease out ATMs, with a profit intention of course. Most banks charge a higher fee for over-the-counter withdrawals in a bid to encourage people to use ATMs and they have become a very important means to access cash. This has seen the value of ATM withdrawals rising as portrayed by the table 2 below:

Types of ATM fees charged
Own Bank ATM fees – When a CBZ Card is used on a CBZ ATM, a transaction fee is charged, currently $2.50.
Foreign Bank ATM fees (ZIMSWITCH) – When a customer from one bank uses his ATM Card on another bank’s ATM, he is charged a foreign bank ATM fees.
The Current Problem: Are ATM fees justified at all?
The current debate is on whether banks should charge clients for access to their cash given that most cash withdrawal points that used to be fronted by human tellers have been replaced by machines. If banks are replacing fixed salaried employees with machines, are we not supposed to expect a fall in withdrawal charges?
The banking entities argue that the cost of acquiring, installing and maintaining ATMs justifies the charge on clients but this does not explain why all banks charge a similar fee given that each bank has a varied number of ATMs in the market. Banks incur two types of ATM costs, network costs and fixed or variable costs. The fixed costs are the costs incurred in acquiring, installing and maintaining the machines, cameras, renting space, telephone lines, computers and modems whilst variable costs are the costs of transporting cash to ATMs as well as physical security manning the ATMs.
Network costs or switch costs is the per-transaction charge that your bank pays to the ATM network when you use another bank’s ATM. This happens when for example, a Steward Bank client wants to withdraw money on a ZB Bank ATM, the network links the ATM with your bank account to verify information like your account balance and pin code.
In Zimbabwe the ATM network which connects banks is called ZIMSWITCH and is apparently owned by the same banking institutions as the ultimate shareholders. Lately most ATMs have not been processing foreign cardholders’ transactions requests due to the prevailing cash shortages in order to enable their customers to access the limited cash at hand (each man for himself and God for us all).
On the other hand, customers argue that ATM charges did not change in line with reducing withdrawal limits. The exponential decline in withdrawal limits was not matched by a proportionate fall in ATM withdrawal charges. If someone used to withdraw $300 at $2.50 but the new limits only allow a $100/day the charges translate to $7.50 of ATM fees incurred.
Moreover, most banking ATMs were installed 10-20 years ago, thus the cost of acquiring them has already been recovered. In fact, banks should be offering clients more advanced machines commensurate with these high charges (for example deposit taking ATMs or loan processing ATMs).
Some banks assert that the increase in ATM volumes will overstretch their banking systems thereby increase maintenance costs. However, most banking systems are designed to deal with high volumes on a daily basis. Moreover, maintenance contracts are usually negotiated way in advance as annual maintenance fees which are fixed unless the bank poorly negotiated the contract which becomes an internal problem on their part.
SUGGESTIONS
Use of transactions limits
Banks should charge clients after every two or even three $100 withdrawal transactions. It is not an impossible idea because it has already been tried and tested in countries like India (IndiaToday, 2014).
Payment problem vs liquidity problem
Liquidity is the ease with which an asset can be converted into a medium of exchange. The ordinary citizen does not have a liquidity challenge. However, he faces challenges when attempting to transact, for example paying bills and buying groceries. Banks have been slow in coming up with innovative payment solutions that would enable clients to effect payments even at a tuck-shop or flea-market. One wonders how dire the cash shortages would have been if there were no payment solutions such Ecocash and Tele-cash.
Display ATM display
Bank business conditions are displayed in banking halls, on websites and in newspapers quarterly but survey results have vindicated our claims that over 50% of clients have no idea of the ATM charges. In that respect, banks should do more in displaying their charges wherever they are offering their services. In some countries ATMs are programmed to inform clients of surcharges before they transact.
Adryan T Gambinga (tagambinga@gmail.com)