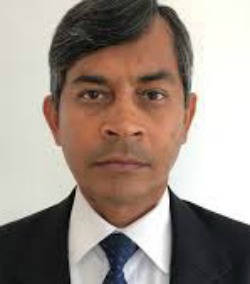 ZIMBABWE can easily become the number one country in Africa in terms of per capita income but needed to put its house in order and ensure the country’s more than 40 mineral resources were extracted transparently to benefit all, a United Nations Development Programme (UNDP) official said.
UNDP Senior Economic Advisor, Amarakoon Bandara told New Zimbabwe in an interview in Harare that with the right attitude and robust infrastructure development, the country did not need to wait for IMF or World Bank assistance to turn around its economic fortunes.
“If I were Zimbabwean and I had an opportunity to turn around, I would not go to somebody else because you have got everything, you have the resources, what you don’t have at the moment is capital and technology.
Capital you may need to find it from outside because right now you are struggling; that is where  I was saying you should tap into a win win scenario but nobody will come here if the policy environment is not conducive for them to come in and the property rights are not conducive for them.
And the policy mistakes, clarity on certain things and also consistency; you don’t make a policy decision today and change it in the next two months, I gives a very wrong signal,” said Bandara.
He added; “You have a huge number of mineral resources about 43 and almost on the top ten producers list for all of them. You don’t have to go outside for assistance. You have one of the highest literacy rates in the world but that is all wasted because all the best brains are going to the diaspora.”
Bandara said policy inconsistencies were driving away potential investors, both domestic and foreign, who he said needed assurances that their investments would be safe in the country.
“It can be looked at from several angles; one is in terms of policy I always feel that   there is some action that needs to be taken in terms of clarifying certain policies as well as making it clear; consistency as well as coherence. Consistency   in that whenever a country introduces policies, you can’t go back and forth because it might confuse investors, both domestic and foreign,” he said.
He said there was also need for institutional efficiency which contributed to the ease of doing business which resulted in low costs for the investors.Advertisement

“It could be related to the cost of business related activities but at the same time the government also does business on its own, so if we can improve the efficiency it adds to the development process. It can also be related to the way we work; the efficiency of the way we work that relates to the human capital.
“We are not talking about people entering into the labour market with some education, but the efficiency in it. It is not just the number of people working; it is how much we are getting out of that labour, which I usually call the efficiency of labour. And for you to do all these things you need resources; that is labour and capital and then technology,” he said.
Bandara said Zimbabwe could generate its working capital from its many mineral resources, adding the country needed to learn from best practices from other countries on how to manage its natural resources.
“But in Zimbabwe, which is what I was trying to emphasize, that you have the resources but it is a question of how you manage them.  You can learn from best practices elsewhere, there are so many examples outside Zimbabwe on how you can manage the resources of any kind,” he said.
“If these things are in place, there are people waiting on the sidelines, some people have spoken to us, as to the conditions we have but they do have some reservations that is the message I got. So what it means is that the opportunities are there, but then technology you don’t have so probably if you can have partners, depending on how you approach it, in the long run you can benefit,”
Bandara said foreign investors needed to be invited when there is proper accountability and transparency, noting that non-efficient institutions would run the risk of giving away the country’s natural resources that should be used in the country to foreigners.
He said a one stop shop was one way of reducing the cost of doing business.
Bandara noted that Zimbabwe could use its diaspora population to help turn around its economy, saying the paltry $800 million diaspora remittances were a far cry from what then country should be earning from its more than three million diasporas.
“The diaspora population is a huge plus for Zimbabwe because you have two to three million people working outside and if you get to the extreme you should be able to generate about $10 billion or more in terms of remittances provided that you have a system in place to protect their investments, ensure there is a fair return on their investments,” he said.
Bandara said there was need to build trust among those in the diaspora and signal them to invest back home.
“For the moment I feel the Zimbabweans are keeping their money in their respective countries where they work rather than sending the money to Zimbabwe because $800 million is peanuts from my point of view looking at my own country Sri Lanka which has a similar level of diaspora but we get 10 times more than Zimbabwe.
“This is the level you can think of, and that is also free money the remittances sent back is almost free. But you have to have the systems in place to exploit those resources,” he said.