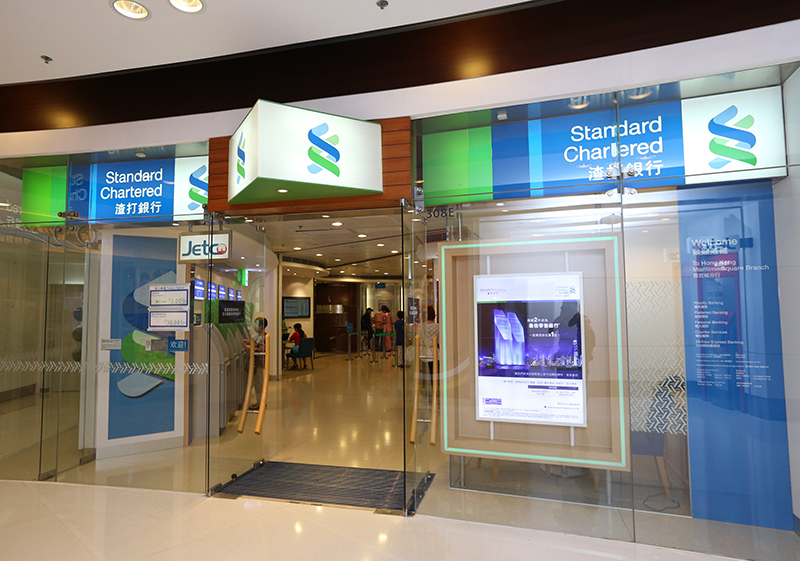 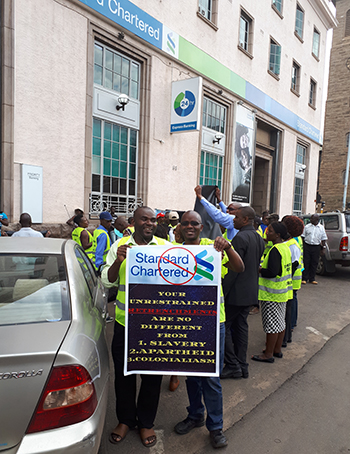 Union members protesting outside the bank on Thursday

THE Zimbabwe Banks and Allied Workers Union (ZIBAWU) says it will approach parliament and President Emmerson Mnangagwa in a bid to stop Standard Chartered Bank from cutting jobs by transferring operations to foreign nations.

Briefing NewZimbabwe.com on the sidelines of a demonstration staged at the bank’s headquarters in central Harare Thursday afternoon, ZIBAWU president Farai Katsande said the union would keep fighting until they win.

“We have been to the bank’s headquarters in the United Kingdom but no commitment in writing has come through,” he said.

“We also engaged the bank’s local authorities but to no avail and if the situation remains the same, we will be left with no choice except to petition parliament and engage President Emmerson Mnangagwa’s office over the matter.”

Local unions have been angered by Stanchart’s decision to export most of its operations to foreign countries such as Kenya and India, a development that has resulted in job cuts.

Last week, the bank’s Head of Corporate Affairs Lilian Hapanyengwi justified the ongoing developments, saying they were in line with technological developments.

“The group aims to be lean and financially strong, building momentum towards a better-balanced business with growth in higher-returning retail and wealth segments complementing a returns-focused Corporate and Institutional Banking which leverages our unique footprint and network,” she said.

“Regrettably the realignment of our strategy has meant some staff losses in markets across our business in Africa, Asia and the Middle East.

“As always, we retain the strictest level of compliance with local regulations and endeavour to reallocate roles as far as possible to minimise any negative impact,” she said.

However, Katsande dismissed the explanation, describing the developments as sabotage of the nation’s economy by the financial institution.

“While we understand the impact of technology, what boggles the mind is that the bank has been retrenching a lot of people almost every year within a short period of time.

“Imagine they have gone to the extent of manufacturing local clients bank cards in overseas countries.”