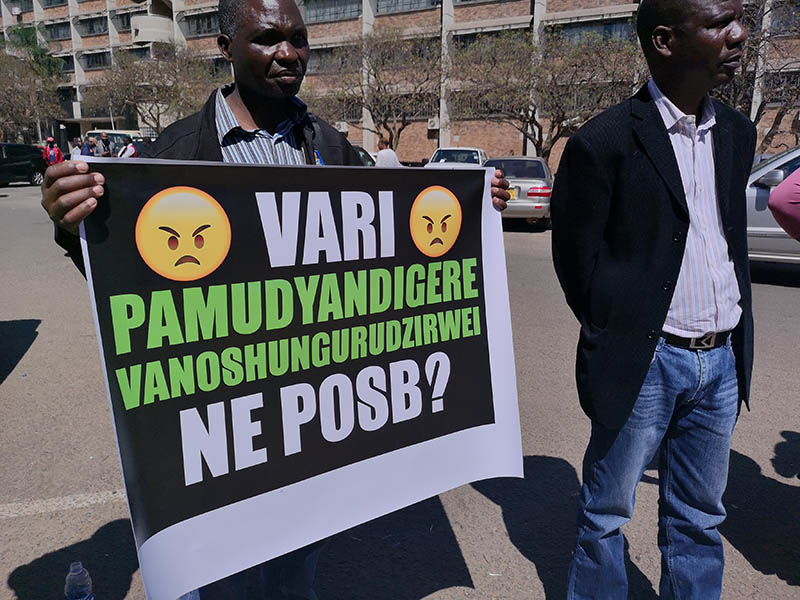 THE Zimbabwe Congress of Trade Unions (ZCTU) continued its protests against some of the country’s banks targeting the State-owned POSB on Friday and demanding the dismissal of its chief executive officer.

On Thursday, the unions and the members if the Zimbabwe Banking and Allied Workers Union (ZIBAWU) picked the Harare head office of the government-owned Infrastructure Development Bank (IDBZ).

ZCTU president Peter Mutasa accused management at IDBZ of corporate management maleficence and demanding the resignation of board chairman Willard Manungo who is also permanent secretary at the ministry of finance.

Mutasa said Manungo could not chair the bank board while also exercising an oversight role over the sector as finance ministry CEO.

At the POSB on Friday, management was accused of turning the government-owned bank into a brothel by sexually abusing female members of staff.

Union leaders claimed that workers were on short-term renewable contracts and managers would demand sexual favours from female staff in order to facilitate contract extensions.

Top management was also accused of spending millions of dollars on top of the range vehicles while refusing staff appeals for wage reviews. 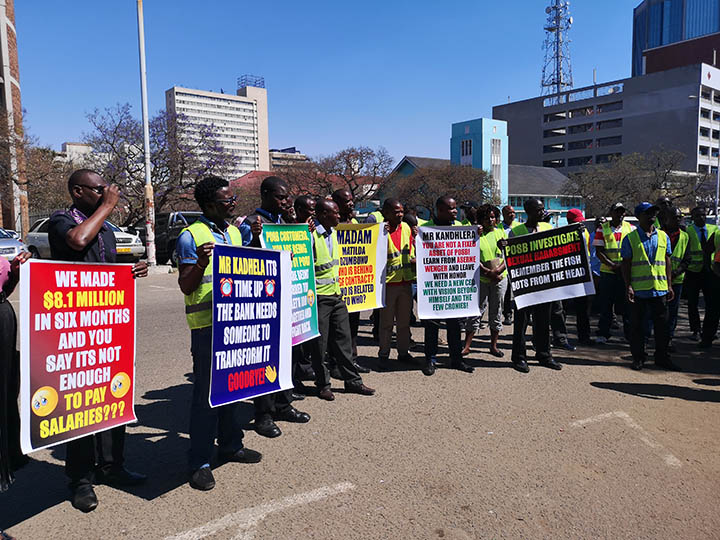 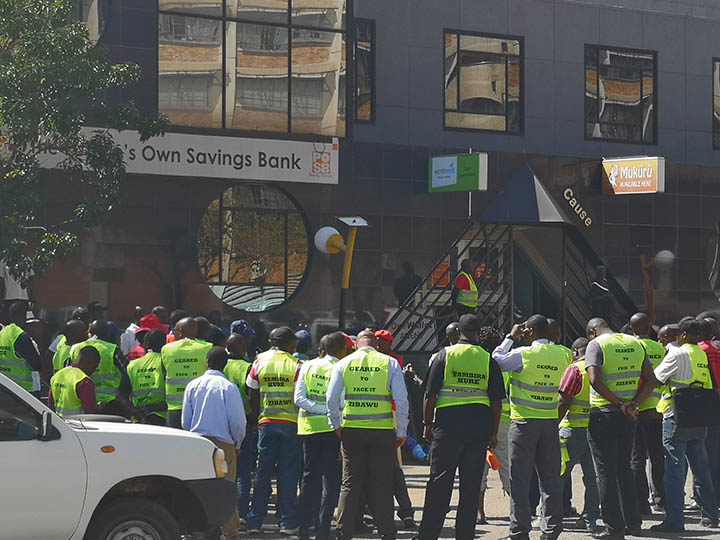 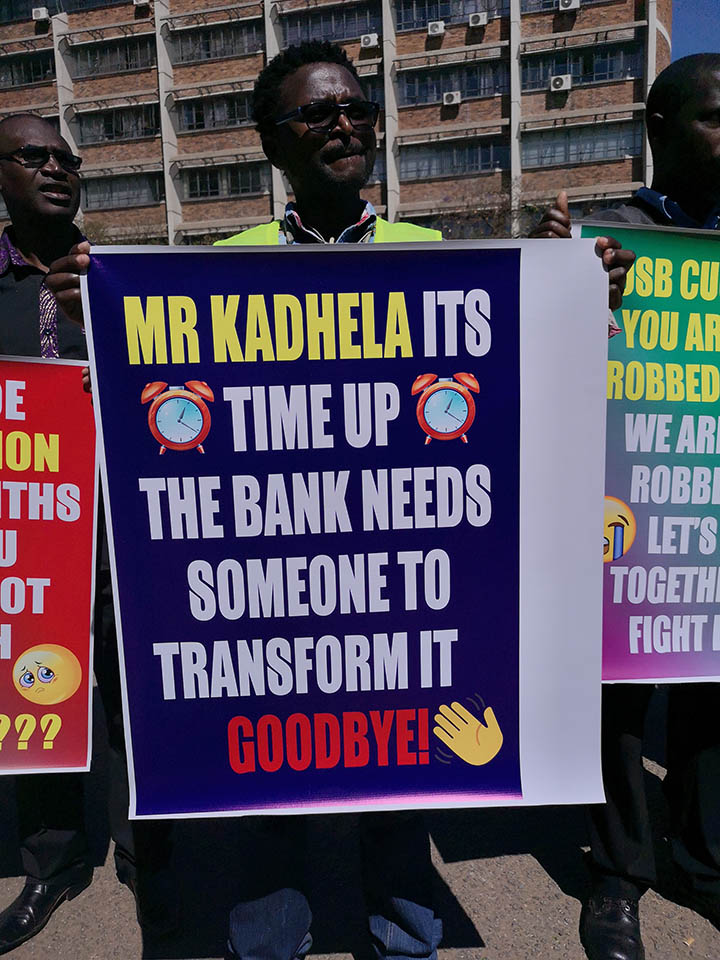 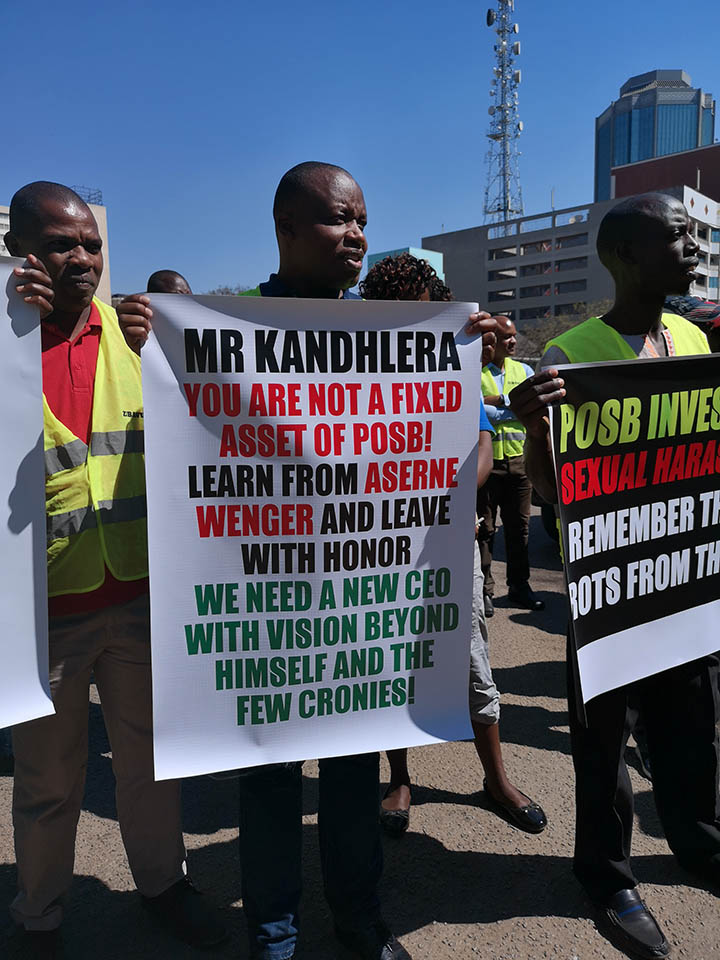