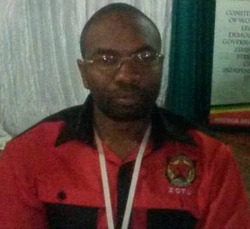 BancABC has reportedly auctioned property belonging to a former worker who was retrenched following the infamous Chidyausiku judgment which gave employers the right to terminate contracts on notice.
Zimbabwe Banks and Allied Workers Union (ZIBAWU) General Secretary, Peter Mutasa, told New Zimbabwe.com that the bank was taking away all that the former workers had, including household utensils, a move he said was causing them maximum harm, especially in this winter period.
He said the affected workers had staff loans and their retrenchment packages were not enough to repay their mortgage, adding the bank was refusing to negotiate reasonable payment plans.
“The former employees are not yet employed and the bank has been refusing payment plans insisting that it wants the amount in full or a shorter repayment period. These demands are obviously out of reach of the majority of these unemployed workers who borrowed on the basis of continued employment,” he said.
Mutasa said one of the former employees lost all his property this Monday after the bank refused his $200 per month offer, insisting that he pays $500.
“The family is left in the cold without a blanket or any cooking utensils,” he said.
He said the union had approached the bank management, which referred them to their lawyers, Dube, Banda and Nzarayapenga Legal Practitioners.
“The lawyers, in turn are refusing to agree to terms preferring to get writs of execution and attaching property. They are obviously paid on commission and therefore are motivated to follow that route,” he said.
Mutasa said the union would embark on protests and demonstrations and will petition the responsible parliamentary portfolio committee.
“We need policy makers to appreciate the consequences of policies they make as well as put pressure on BancABC to stop this heartless exercise,” he said.
Efforts to contact Dube, Banda and Nzarayapenga Legal Practitioners were fruitless as their land lines were continuously busy.