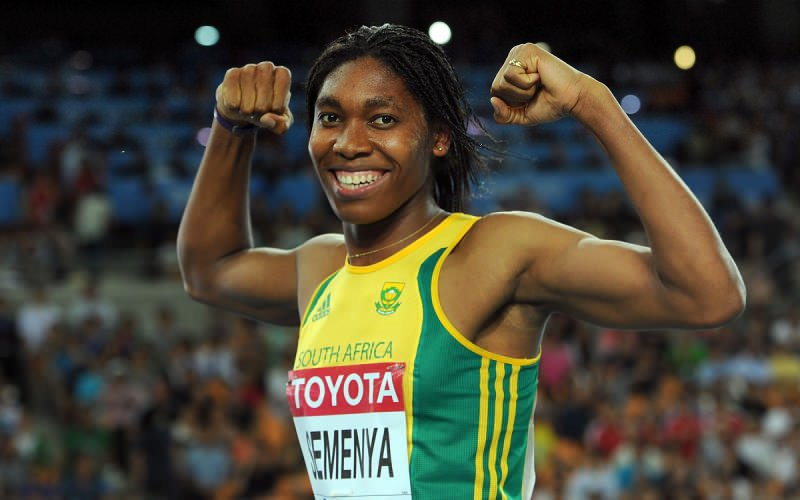 Semenya received support from the United Nations this week as they adopted a resolution tabled by South Africa “aimed at eliminating discrimination against women and girls in sport, giving significant global weight from a human rights perspective to Caster Semenya’s case”, according to a media release from the South African government.

“The international campaign to preserve Caster’s right to participate in global sports is a struggle for all women in the world against discrimination, sexism, and patriarchy,” South Africa’s minister of international relations and cooperation, Lindiwe Sisulu, said.

CAS has called the hearing one of its most pivotal cases that could have a wide reaching consequence, not just for the future of athletics, but sport in general.

Lawyers representing double Olympic 800-metres champion Caster Semenya said on Friday she is “optimistic” of success in her appeal to the Court of Arbitration for Sport (CAS) over eligibility regulations in athletics for female classification.

“Caster Semenya remains optimistic that CAS will declare the IAAF’s Regulations unlawful, invalid and of no effect,” Semenya’s lawyers said in a statement on Friday, confirming at the same time that the athlete had made additional submissions to CAS following “post-hearing communications from the IAAF”.

They did not go into detail as to what those submissions were in relation to.

Five days before it was to deliver a verdict on the case between South Africa’s star athlete Caster Semenya and the International Association of Athletics Federations (IAAF), the Court of Arbitration for Sport (CAS) said on Thursday it would postpone its decision until the end of April.

South African 800-metres double Olympic champion Semenya is seeking to overturn a new set of IAAF regulations that are aimed at lowering the testosterone levels of hyperandrogenic athletes.

The IAAF contend that Semenya and other female athletes that are classed as having differences in sexual development (DSDs) gain an unfair advantage due to their higher testosterone levels, but only in races between 400 and 1,000-metres.

Under its new rules, athletes classed as having DSDs must reduce their blood testosterone level to below five (5) nmol/L for a continuous period of six months before they can compete. They must then maintain it below that level continuously.

A wide coalition has rallied behind Semenya’s cause, including the government in her native South Africa and rights activists worldwide.

Some scientific experts have argued that barring Semenya from competition due to naturally high testosterone levels would be like excluding basketball players because they are too tall.

CAS have called the hearing “one of the most pivotal CAS cases” that could have a wide reaching consequence not just for the future of athletics, but sport in general.

The body had been expected to announce its decision on March 26, six months prior to the World Championships in Doha.

It said on Thursday that since the Feb. 18-22 hearing, the parties have filed additional submissions and materials. No specific date for the decision has been set.

The IAAF said that, given the delay, it would alter the six-month rule for the world championships in Qatar in September and introduce a “special transitional period” so that affected athletes could still compete.

“The IAAF has decided that the delay should not prejudice the affected athletes,” it said in a statement.

It added that, assuming its new regulations were upheld, affected athletes who comply with the new limit from one week after the final CAS decision until the start of the world championships in September would be allowed to take part.