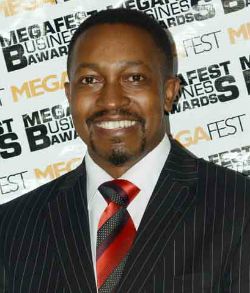 AGRO processing concern United Refineries says it will attempt to revive exports after making inroads into the local market, aided by government’s imposition of punitive levies on cooking oil imports.
Government recently removed the travellers rebate on grocery items, saying there was no justification for their continued import since the local industry was producing such goods.
For cooking oil, it raised customs duty to 40 percent and a 25 percent Surtax or $0,50 per litre, whichever is higher.
United Refineries is on a recovery path after securing credit last year to refurbish machinery at its Bulawayo factory and reviving production of several brands.
Chief executive officer, Busisa Moyo told The Source that business in the first half of the year ‘was good’ and that the company had been “able to do significant things, especially in the southern part of the country, that is, Matabeleland, Masvingo and Midlands provinces.”
“That’s where we are strongest but we are now going beyond that. Last week we have been getting messages from Chipinge and people are now getting our products there. We are a countrywide company as we have been always,” Moyo said.
“We were also exporting and we want to go back there. Our soap (wrappers) are in English and Portuguese because we are aiming at Mozambique, Botswana, Zambia and further afield, the Democratic Republic of Congo.
“All those were the markets that we supplied before.”
United Refineries is the second largest cooking oil refinery in Zimbabwe and has a refining capacity of 8,000 metric tonnes of oil seeds per month.
Some of the product lines back in production since last year include the cooking oil lines as well as toiletries such as Bath & Basin, Vogue, Image and Fresh Health Joy.
Recently Moyo, who is also Confederation of Zimbabwean Industries president, told The Source that Zimbabwe’s cooking oil producers would be able to meet the country’s demand for edible oils by September as capacity utilisation in the sector was improving after government imposed punitive levies on imports.
The country which has a monthly requirement of 11,500 metric tonnes of cooking oil has previously relied on cheaper imports mainly from neighbouring South Africa.
Moyo said cooking oil production locally currently stands at 10,500 metric tonnes a month and would surpass local demand by September.Advertisement

Imports of cooking oil have over the past years contributed heavily to the country’s bill, with $41 million worth of edible oils being imported in 2014.
About $19 million was spent between January and June.
Zimbabwe has four oil producing firms — ETG Parrogate, Surface Investments, Olivine and United Refineries.