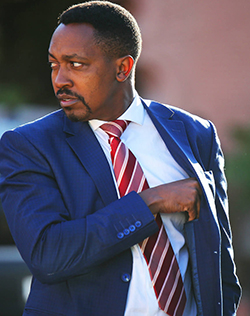 MUTARE: Edible oils producer United Refineries Limited’s (URL) decision to implement a 30 percent pay cut for executives two years ago has started to bear fruit, managing director Busisa Moyo has said.
“As a company we took a bold decision to implement a 30 percent pay cut for all executives. It was not easy for the top managers, having to part way with some allowances and reduced salary. But this was a bold decision to get the company going,” Moyo told a recent business meeting in Mutare.
United Refineries secured lines of credit in 2013 to refurbish machinery at its Bulawayo factory, which helped revive production of several brands. But operating costs remained high, a problem the company addressed by slashing the salaries of its highest earners.
“The pay cut was effected in the month of December 2014 and as a company I can say we are now benefiting from this decision. We are back to profitability, which is good for the company,” said Moyo without giving figures.
Moyo, who is also the president of the Confederation of Zimbabwe Industries (CZI) said in as much as salary cuts are not welcomed by most if not all employees, they were a necessary measure to keep companies afloat.
He urged other companies facing operational challenges, especially in the public sector, to consider salary cuts inclusive of top management staff.
In September, Finance Minister Patrick Chinamasa endured public humiliation when President Robert Mugabe shot down his proposals to reduce spending, including which included job and wage cuts as well as a suspension of civil servant bonuses and a range of other austerity measures.
United Refineries Limited is the second largest cooking oil refinery in Zimbabwe and has a refining capacity of 8,000 metric tonnes of oil seeds per month. Its capacity utilisation has improved from 66 percent capacity in 2014, to over 80 percent currently, Moyo said.
The agro-processor manufactures cooking oil under the brands Roil and Sunshine; toiletries under Impala, Olive, Bath & Basin, Vogue, Image and Fresh Health Joy brands.Advertisement