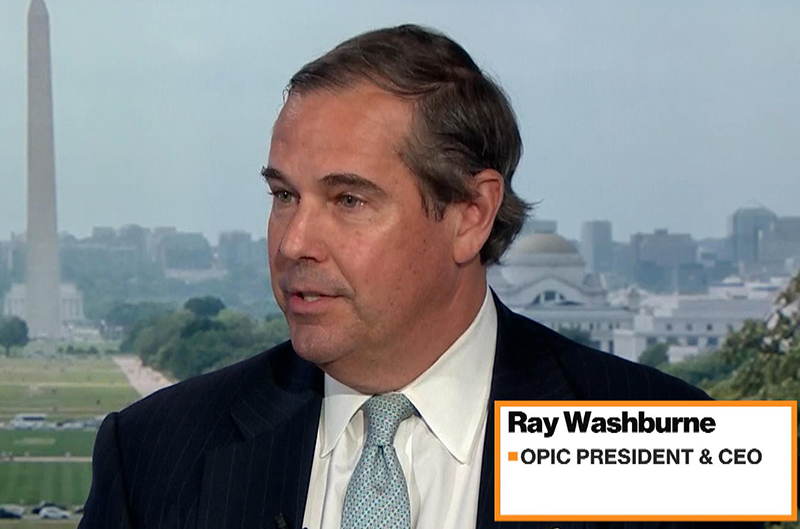 THE U.S. government’s Overseas Private Investment Corporation (OPIC) says it is closely monitoring the political situation in Zimbabwe as it rolls out an initiative which will mobilise more than $1 billion to projects that support transportation, communications, and value chains in Africa over the next three years.

“We are following that (developments in Zimbabwe) very closely,” said Ray W. Washburne, the President and CEO of OPIC.

“We currently have two projects in Zimbabwe…the last deal we did – the mortgage company – was in 2016, so we’ve been there recently, but we are studying the political situation there very closely.”

Washburne was addressing journalists across Africa via telepress conference on Wednesday where he fielded questions about his impending visit to Africa as well as the agency’s Connect Africa investment initiative.

Washburne was addressing journalists across Africa via telepress conference on Wednesday where he fielded questions about his impending visit to Africa as well as the agency’s Connect Africa investment initiative.

He said the U.S. government’s development finance institution has a $20 million commitment to a company that provides low-income mortgages in Zimbabwe. In 2016, OPIC supported an insurance project in the healthcare and social assistance sector.

Since November 2017, Zimbabwe authorities have adopted the phrase “Zimbabwe is open for business” as its official policy statement and pledged economic reforms to open up the economy to both local and foreign investors.

“There are endless possibilities to link Zimbabwe’s vast natural resources and the United States direct capital investments,” Simon Khaya Moyo, Acting Foreign Affairs Minister told delegates attending the Fourth of July commemorations on Thursday. Moyo said Zimbabwe had “changed those aspects of our investment laws to be more attractive and protect foreign direct investments. Investors are henceforth free to deploy their capital as they desire.”

The OPIC President will not visit Zimbabwe but will travel to Zambia, Rwanda, South Africa, Kenya, and Uganda where he will visit OPIC projects ranging from transportation and geothermal energy to agriculture.

“OPIC seeks to invest in emerging markets that not only have a need for development, but which also show great potential,” he said. “And we are extremely encouraged by the potential Africa is showing: the strong economic growth so many regions are enjoying, the reforms being adopted to improve the business climate, and also the spirit of innovation that is so widely visible.”

Through the Connect Africa initiative, the U.S. investment agency expects to mobilize more than $1 billion to projects that support transportation, communications, and value chains in Africa over the next three years. Connect Africa will focus on three areas, name transportation and logistics; information and communications technology; and value chains.