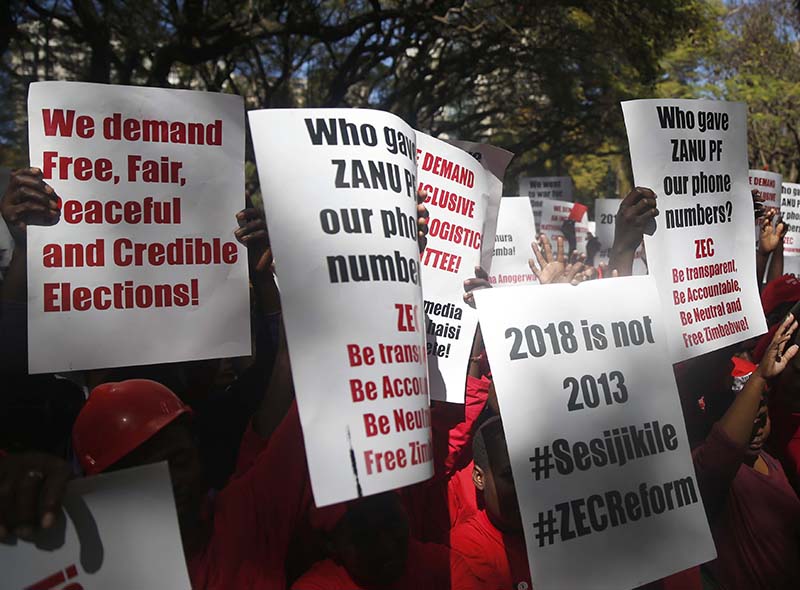 Mnangagwa is already in New York for the annual gathering of heads of states and governments.

MDC America deputy organising secretary Charles Mutama said they will storm the general assembly and tell “the world that the July 30 elections were rigged”.

Mnangagwa was declared winner of the July 30 elections, but the outcome was challenged at the Constitutional Court (ConCourt) by losing MDC Alliance leader Nelson Chamisa.

The apex court dismissed the challenge, but the opposition has refused to recognise Mnangagwa’s victory and maintains that the elections were rigged by the Zimbabwe Electoral Commission (ZEC).

“We are sharing with the world the real choice of the people of Zimbabwe who is Advocate Nelson Chamisa and highlighting the involvement of the army in stealing the vote,” said Mutuma.

He added; “We are also going to expose Mr. Mnangagwa as complicit in the electoral theft.

“The MDC Alliance USA is working in solidarity with the leadership and the generality of the party members as well as Zimbabweans in general in protesting the fraudulent July 30, 2018 Election results announced by Zimbabwe Electoral Commission (ZEC) and confirmed by the ConCourt declaring Mr. Mnangagwa as winner.”

Mutama said the demonstration has been dubbed ‘ED Not My President #Defending my vote’.

“We will not be submitting any petition but will be strictly sharing with the world that Mr. Mnangagwa is not the rightful winner and to ratchet up pressure on the illegitimate regime,” he added.

Back in 2016 then President Gabriel Mugabe also faced protests at the UN General Assembly.

The protests were led activist cleric Evan Mawarire who had been forced into exile after leading anti-government demonstrations in Harare.