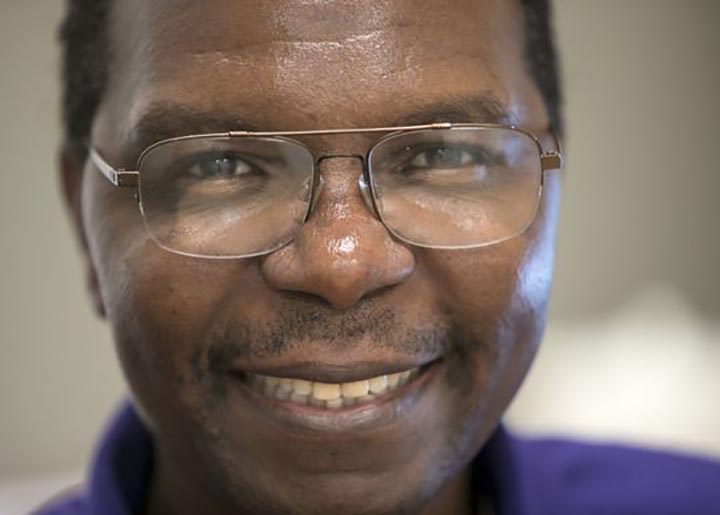 Computers fill libraries and rooms at any public university. Students rely on the machines to research Shakespeare or take online quizzes. Separating the technology from education is almost impossible.

The classrooms of Zimbabwean schools stand in stark contrast. The University of Zimbabwe, the southern African country’s flagship institution, is working with decades-old computers. Rural elementary schools lack electricity for even basic computers.

Douglas Magomo knows first-hand. The Florida SouthWestern State College professor was born in a rural part of Zimbabwe and has seen the tools educators have at their disposal.

Magomo saved 40 computers that were bound for the recycling bin. The four-year-old computers are out of date for Florida SouthWestern but are nearly brand new to alumni in Zimbabwe, he said. 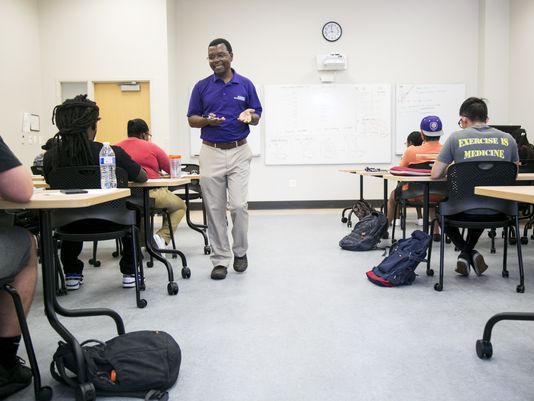 Ten computers are en route to Magomo’s childhood primary school in Zimbabwe. The students there have no computers at all, and it will take some time before the new ones can be installed.

“It doesn’t have power,” Magomo said. “It’s not that it’s far — the power lines are only about five kilometers away. It doesn’t cost that much, only $3,000.”

The professor said he plans on paying for the electric extension himself if the government doesn’t, although he has to save up funds.

This wouldn’t be the first time Magomo became a one-man charity.

“When I went home several years ago, I brought $2,000 in cash with me,” he said. “I thought that would be plenty for two weeks. In five days, I was calling my wife asking for more money because I was giving it all away. I couldn’t help it.”

Zimbabwe isn’t completely lacking in technology. During an interview, Magomo texted his old primary school’s headmaster, asking how many students are under his charge.

“One thousand, one hundred and fifty-three,” Magomo said. “Many have to walk up five miles to get to school. I was lucky and only walked a mile. I could almost hear the headmaster yell.”

While ten computers for a school of 1,153 doesn’t seem like much, Magomo said it makes all the difference to children with no knowledge of a computer.

Another 30 computers are going to the University of Zimbabwe’s mathematics department, one of Magomo’s alma maters. He enrolled in 1991, making use of the then-new computers offered at the flagship institution.

“They’re still using the same computers I used when I was a student,” he said.

Modern teaching programs like MathLab and individual book software accompany the computers to ensure students get a step-up in the competitive field.

The University of Zimbabwe was only a pit stop for Magomo. Before earning his master’s degree at the national college, he earned a unique scholarship to study at a Cuban university right out of high school, starting in 1987.

“I learned Spanish for two weeks and was there,” he said. “The best way to learn a language is to go to a place that speaks no English.”

The Cuban’s Soviet-style education varied widely from the British template of Zimbabwe, which emphasized discussions. Cuban lecturers scribbled out equations and expected students to follow. Disagreeing with professors frequently led to a trip home without a degree, he said.

“One course was world economics,” Magomo said. “In that course, we would completely destroy (Cuba). We said this is not sustainable, this does not work.”

After returning from Cuba and a short stint as a high school teacher, Magomo attended and graduated from the University of Zimbabwe. The Bindura University of Science Education hired Magomo as one of the first professors after opening in 1995 — a highlight in his career.

But it would not last. Corruption grew in the landlocked African country, forcing Magomo to look for further education in the United States, he said.

“I was renting a single room in a house owned by one of my students,” he said.

Arizona State University sponsored the Zimbabwean’s graduate degree, although he had to finish his final credits from the University of Southern Mississippi.

From there, he taught in Wisconsin for three years before settling in Florida.

“I feel really comfortable here,” Magomo said. “I have a house and a car. Where I am, I’m making the best of myself.”

But he said he will never forget his formative experiences and wants to make a better life for his family and friends still living in Zimbabwe.