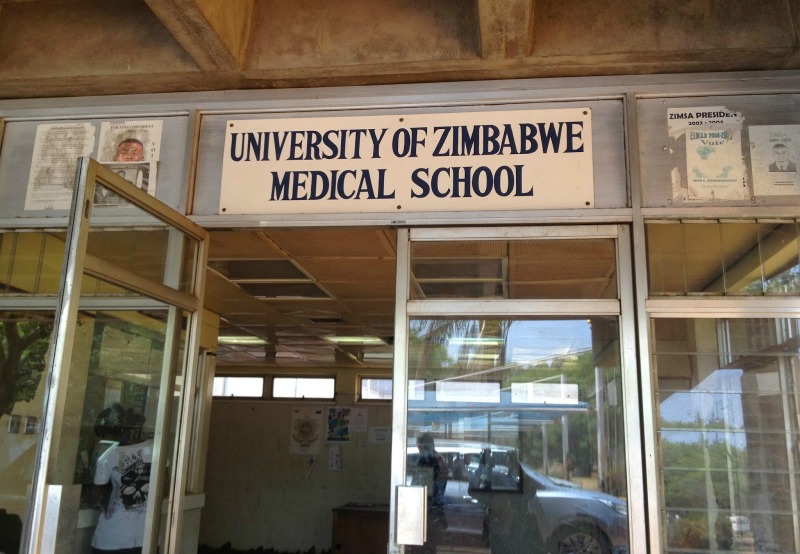 THE University of Zimbabwe (UZ) is being accused of grabbing 156 hectares of land belonging to a local company, Vegypro (Pvt) Limited.

The company has rushed to court with an urgent chamber application seeking to stop the higher learning institution from grabbing its land.

According to court papers, the land was allocated to the company on the university farm in a horticulture production joint venture.

The two parties, Vegypro and UZ, entered into a joint venture for horticulture production on October 16, 2009.

Vegypro claims that they were in the process of planting parent seed maize on 26 hectares of this land at a cost of around US$2 million but the university is now encroaching onto its territory.

The company is now seeking a High Court order restoring peaceful and undisturbed possession of 156ha of arable land earmarked for the joint venture.

“That the respondent or anyone associated with it be and is hereby interdicted from interfering with the farming activities on the land,” read the draft order.

“That the respondent be held to be in contempt of court and be ordered to pay a fine of $400 and pay cost of suit.”

According to the application, Vegypro was to utilise 156 hectares, supply contracts and secure financing for the joint venture.

In 2011, UZ cancelled the joint venture agreement and invaded the land, says Vegypro.

This prompted Vegypro to approach the High Court for a declarator as to the invalidity of the cancellation as well as a spoliation order under HC124/12.

The application was granted by Justice Davison Foroma on February 22, 2017.

Parties managed to carry out their respective roles with minimal interference.

However, on October 22, 2019, UZ wrote a letter to Vegypro terminating the joint venture again and demanding that applicant vacates the farm.

Vegypro says on November 15, 2019, UZ invaded the farm again when they had started preparing land for cropping.

‘I want to go home and die,’ says cancer-stricken woman in need of $11k for medication

Parirenyatwa Hospital wards have been closed because of the prolonged impasse between government and the doctors.

Mercy Mutanda (43) she has been accommodated in the Parirenyatwa Psychiatric Unit.

“The Parirenyatwa hospital staff has given me a room to stay at the Psychiatric Unit, but all I want now is to go home. I have been here since June,” Mutandwa told NewZimbabwe.com.

“All I want now is bus fare so that I go back to Chiredzi and die in pain.”

Mutanda said all her life has come to a standstill owing to her condition and she has lost hope of ever receiving any meaningful clinical assistance.

“I have tried all means to get $11 000 to buy the required medication from the local pharmacies but still nothing has come up.

“All I want now is $150 bus fare to go back home in Chiredzi and rest,” Mutandwa said tearfully.

She narrates how she found herself with the chronic ailment.

“The doctors here were supposed to operate on me but because of the strike, the whole procedure was stopped.

“The prescription costs between $11 000 and $13 000 in local pharmacies, but it has been difficult to raise that money.”

Mutanda had come to the capital city as she could not afford transport from her rural home in Chiredzi every week, but all her hopes of ever getting medical service she wished for have been dashed.

The mother of three said her husband left her as soon as she was diagnosed with the dreaded disease.

“He left the moment we came back from the hospital after the doctors announced that I was suffering from cancer,” she said resignedly.

“And he got married soon after that. I couldn’t stop him from moving on, but what pains me is I stood by him in the past, in times of need.”

Mutanda said she has tried to knock on the doors of several women organisations and other NGOs dealing with cancer but help has been elusive.