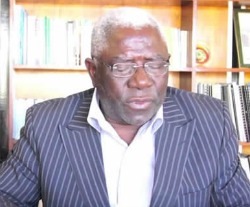 THE University of Zimbabwe on Friday launched the first ever Chinese- Shona dictionary alongside five other books as the country’s oldest institution of higher learning moves to advance intercultural exchanges between people of the two nations.
The “Shona-Chinese-Chinese-Shona Dictionary” was produced by the Confucius Institute (CI) in collaboration with the Department of Linguistics at the university.
It is divided into two parts, the first part being a Shona-Chinese section composed of about 1,500 frequently used Shona main headwords.
The second section of the dictionary is a Chinese-Shona part where Chinese words are the main headwords and is composed of about 1,250 frequently used Chinese words.
CI director and one of the editors of the dictionary Pedzisai Mashiri said the dictionary will assist in the dissemination of Chinese knowledge and culture and also assist Zimbabweans who want to learn Chinese as well as Chinese people who want to learn Shona.
Shona is one of the major local languages in Zimbabwe.
Mashiri said since the institution was playing a leading role in promoting intercultural exchange between Zimbabwe and China, the best way to strengthen those bilateral relations was to have cultural exchange which was mutual.
“The tendency has been to emphasize us learning Chinese without paying attention to the Chinese themselves learning our local languages and so because of the amount of investment and amount of interaction that is taking place between us and the Chinese, it will be productive and wise for them to start learning local languages and Shona being the major languages in Zimbabwe this dictionary will act as a vehicle for promoting that cultural exchange,” he said.
University of Zimbabwe Vice Chancellor Levi Nyagura said the dictionary will enhance cultural interaction between people of the two countries.
“We want to promote this important interaction between the two cultures and there is nothing better than focusing on the vehicle that carries the culture of a people and this is the language,” Nyagura said.
By producing the dictionary, the university was promoting the development of a stronger bridge between the people of Zimbabwe and China, he said.
The director of higher education programs in the Ministry of Higher and Tertiary Education Martha Muguti said the dictionary was a catalyst that bridges the gap between China and Zimbabwe.Advertisement

“The history of the Sino-Zimbabwe political and economic ties would not be complete without the peoples of these great countries reaching deeper into their recesses of each other’s cultures that are deeply embedded in these countries’ common languages,” she said.
One of the editors of the dictionary, Herbert Mushangwe, said the dictionary will not only help ordinary people but business people and others in various sectors of Zimbabwe’s economy to interact with their Chinese counterparts.
He said there was growing interest by many Zimbabweans to learn Chinese language such that the CI was struggling to cope with the high number of people willing to learn the language.