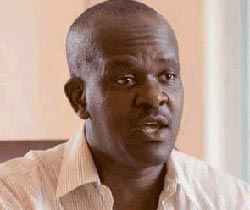 WORLD number one platinum producer Anglo American Platinum has shelved plans to expand operations at its Unki mine citing a fall in the price of platinum on the world market, a company official said on Tuesday.
Unki was considering building a new mine to double its 2012 production of 64 500 ounces at a cost of $400 million but general manager, Walter Nemasasi told The Source that fall in the price of platinum below $1,500 per ounce on the world market had caused the rethink.
“Once the price of platinum picks up, then we can always explore other avenues in our expansion programme. Our focus is now on completing the $25 million housing project for our workers that is already underway at Impali Source farm in Shurugwi,” said Nemasasi.
Unki came into production in 2011 and is not yet a significant contributor to Amplats’ 1.5 million ounce annual output.
The mining giant has said it is exploring ways of expanding output from Unki to a level that would significantly contribute to the company’s strategy to lower its operating cost base while at the same time exploiting the opportunity to increase production from its asset in Zimbabwe, which boasts of the world’s second-largest known economic platinum resource.
Nemasasi said future expansion projects would largely depend on improvements on the price of platinum in the world market.
Angloplat has invested $350 million at the mine since it started operations in 2011, producing 51 000 ounces of refined platinum, which increased to 64 500 ounces in 2012.
Unki has a life-of-mine to 2041, which could extend to 2055, according to Amplats.
In November 2012, Amplats signed a $143 million agreement – to be financed through future dividends – with Zimbabwe for the transfer of a 51 percent stake to local entities in terms of the government’s indigenization law, which requires majority black control of all foreign firms operating in the country.
Unki has recently reported that some self-styled, unofficial community pressure groups are threatening to disrupt operations at the mine, pushing for preferential employment for locals, among other demands.Advertisement