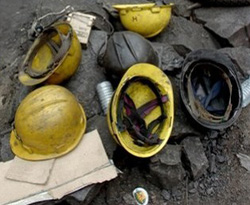 THE world’s largest platinum producer Anglo-American Platinum says production at its Unki Mine near Shurugwi marginally went down by three percent last year compared to the previous year and remains unclear on the 15 percent levy for unprocessed platinum.
Platinum output for the year ended December 31 was at 61,300 ounces compared to 63,200oz the in the prior.
However, it said net sales revenue for the period went up 28.6 percent to R2,1 million from R1,6 million in 2013.
The group also reported no progress in the indigenisation talks with the government.
“In November 2012, the Company signed a Heads of Agreement with the Zimbabwean government that set out the key terms of the approved indigenisation plan for its Unki Platinum Mine investment. As at year end, little progress has been made in implementing this plan, and engagement with the Zimbabwean government continues,” the group said in its financial results on Tuesday.
Last month, the government gave businesses 60 days to amend indigenisation agreements with the state as part of changes to the controversial law which is blamed for low Foreign Direct Investment (FDI) in the southern African country.
The group has expressed concern over the 15 percent export tax on raw platinum, which it said will cost the group $10 million a year.
Zimbabwe’s government first proposed the tax on unrefined platinum in 2013, in an effort to push mining companies to process the metal domestically. Late last year, however, it said it would postpone it until January 2017 to give miners time to build the smelting and refining plants.
But the Finance Bill, which was published on January 9, proposed its introduction from January 1, causing concern among Amplats and other miners in the country.Advertisement