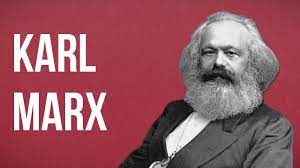 THE agrarian question in Marxian political economy refers to a pool of interrelated glitches such as the fate of the peasantry and non-capitalist relations of production.

In simpler terms, it is a question of what can be done and what sort of politics is required to end inequality and oppression.

In general, under capitalism, the establishment of capitalism in agriculture, the role of agriculture in supporting the industrialization process and the political role of the peasantry and other small capital-holders like artisans in the fight against exploitative oppression that leads poverty.

Simply put, agrarian question refers to the limits of class, nation and the party or state. In the African context, the agrarian question became rural development, were the rural communities’ own agency to assist themselves was never considered (by the Westerners), hence the need for their representation.

Political representation is the activity of making citizens present in public policy making processes when political actors act in the best interest of citizens in an effort to escape inequality and exclusion.

The question that comes to mind is, ‘does representation really emancipate the masses or it simply adds on to more freedoms, riches and desires of the elite and privileged at any given time in any given society?

For political representation to materialise, Marx spoke of the importance of class, particularly the workers, pointing out that exploitation of the workers would work as an instrument for their consciousness and make them realise their exploitation and transform them into active political actors.

In Russia, Lenin had a different view and approach, his was that the workers and the peasants needed a political party (the vanguard) to serve as an instrument to conscientise them of their oppression and exploitation and make them proletariat, referred to as the thesis of ‘consciousness from without’.

His approach was more radical than the Mensheviks and he insists on his position that class presents limits to representation.

He was against the Western capitalistic ideas and tendencies, yet the Mensheviks believed that the workers had to take the lead in the agrarian question, which they believed was to be approached through modernisation. Contrary to Lenin’s intentions, soon as he died, the party developed into a highly tyrannical and murderous regime under Joseph Stalin.

In China, Mao TSE Tung took his approach to the agrarian question in a different way, China saw the degeneration of an approach based on both class and the nation.  He cemented his position within the peasants, seeing their own presence in politics as being capable of breaking the limits of representation.

Mao’s approach went to significant ways in China even until present day, but it fell into problems as the party became authoritarian and people lost their liberty. Poverty remained endemic.

During the Cold War, ideas of dealing with the agrarian question where taken over by the western neoliberal approaches as the West spoke of development.

Leo Tolstoy, like Rousseau, had the peasants at heart, he was frequently labelled “anti-modern,” based on his de-taste for modernity and urban culture (Western – bourgeois, urban) civilization. His ideal representation was the association where communities would form and have their concerns aired and heard as one voice. The association, however proved to have failed as human nature of selfishness always prevail within the association leaders, who may either be corrupted or in Einstein’s larder of participation, ‘placated’ by the rich or want to further their own personal gains at the expense of the association.

For him, the countryside was the locus for true humanity and the city an emblem of strife, unease, and suffering, therefore agricultural productivity and peasant life was a solution to ending poverty and inequality.

Now to juxtapose the above ideas to deal with the agrarian question in SADC Region, one can safely say the class failed, the party failed, the nation state failed and the association failed as well. This is evidenced by levels of poverty, inequality and violent protests in the region, in particular, Mozambique’s Oil rich Cabo Delgado Region, Eswatini and South Africa.

Mozambican militants have been motivated by grievances against the state that they see as delivering little for them. Inequality and exclusion of the locals from the economic running of the natural resource region, in favour of Multinational companies like Total, have triggered the deadly conflict in Mozambique.

The conflict has been characterised by mass beheadings, killings and displacement of people from their homes.

In Eswatini, there has been anti-Monarchy protests against the authoritarian rule of King Mswati III.  The protesters are calling for democracy, demanding multi-party democracy and an elected prime minister. The King is also accused of amassing wealth when the masses are impoverished.

The South African conflict, though it was triggered by Jacob Zuma’s arrest, the unrest points to underlying political, ethnic/racial tensions, economic, inequality in Covid-19 vaccine rollout and the list is endless.

According to the World Bank, more than half of South Africa’s population live in poverty, with an unemployment rate of 32%. Since 1994 when the country got its independence, the gap between the poor and the rich has widened.

Politics of representation, therefore, is a colonial legacy that the SADC member states continue to find themselves in, where the poor, marginalised and less privileged citizens will continue to suffer at the hands of the elites, who distribute wealth unevenly and unjustly.

As a result the rich get richer and the poor get poorer.  For as long as the system of representation and not presentation persists, then the inequality in SADC will continue as the people find themselves caught in between a hard surface and the rock, where they want to be ruled and represented, yet they want to be free, as noted by the French aristocrat, diplomat, political scientist, Alexis de Tocqueville in his book Democracy in America.

The end results then are these protests, civil unrests and unjust killings of innocent civilians. True emancipation comes from a politics of presentation and not representation, nothing for the peasants and artisans without them.

Caroline Magedi is a Masters in Politics and International Relations Student at the University of Zimbabwe. She writes in her personal capacity