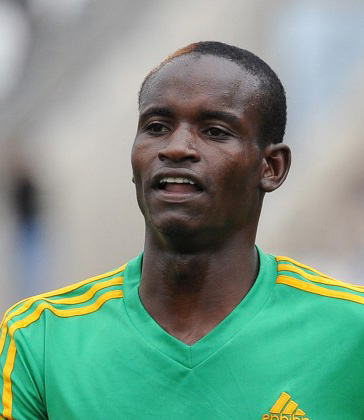 HARDLY six months after signing for Danish topflight league side Hobro IK, Warriors left-back, Ronald Pfumbidzai, has found life not that rosy with reports suggesting he could be heading back to Zimbabwe ahead of the January transfer window.
Reports from Denmark suggest the former CAPS United man has failed to break into the first team since his switch to Danish side Hobro IK.
He has been restricted to lowly cup games and is now reportedly contemplating returning home.
Pfumbidzai signed a one-year contract with the club in June but is yet to play for the Hobro first team squad this season. Hobro currently anchor the 12 team log table after 16 games.
The player’s agent, Mathew Rusike, could not be reached for comment but sources close to Pfumbidzai said he could be back in Zimbabwe before Christmas.
“He has not enjoyed since his switch to Hobro Ik. He is not happy because he has not been given a place in the first team.
“He doesn’t see that happening in the future and he thinks he can come back and relaunch his career.
“He will obviously re-join Caps United first and then look for other opportunities,” said the source.
Caps United chief executive, Joe Makuvire, said he was not aware of the player’s impending return.
“I have not been informed of that. You are the first person to tell me that. Once we receive official communication, we will advise accordingly,” said Makuvire
With CAPS United now more stable, Pfumbidzai is understood to be keen on getting back to playing competitive football again and targeting another move later in 2016.
This comes after FC Platinum forward, Obrey Chirwa, who was also signed by Hobro IK returned to Zimbabwe citing disagreements on salary issues.
The Zambian is now back to FC Platinum who are one of the best playing clubs in domestic football.Advertisement