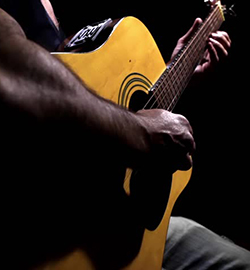 MUTARE: Upcoming local artists are worried about the future of the industry after key industry sponsor, Delta Beverages, slashed prize money from the provincial Chibuku Road to Fame competition.
The music competition is a partnership between Delta Beverages, the country’s biggest brewer, in conjunction with National Arts Council of Zimbabwe (NACZ).
Since its inception in 2005, the Chibuku Road to Fame competition has been a stepping stone for many budding musicians who faced financial constrains when trying to record their work and penetrate the industry.
However, due to economic challenges, Delta has been cutting down winning prices, leaving most upcoming artists in fear that the project may fold. In 2015, provincial winners pocketed $1000, $500 for coming first and second respectively and $300 for the third position.
The following year, the prize money was adjusted to $700 for the winners, $500 for second prize and $300 for third prize. This year the overall winner walked away with $500, $300 for second place and $200 for third place.
In separate interviews, local artists said their dreams of recording debut albums through the Chibuku Road to Fame may now be shattered.
“Chibuku Road to Fame is one competition that we have come to look up to every year because it gives us an opportunity of a recording contract and a large sum of money to invest in instruments.
“Over the years it has been difficult for us to raise funds to record and buy instruments,” said an upcoming afro pop artist Deliwe Maruta from Sakubva.
Another artist, Frank Mad Dee, from Rusape said judging from the current performance of the economy, the competition may falter as the sponsor will be forced to focus on the business aspect for survival.
“Judging from the way things are happening in the economy I don’t know whether the sponsors will hold on but as artists we pray that the competition remains in place. Our industry is in the intensive care unit due to lack of sound sponsorship from government,” said Maddy Tee.
NACZ Acting Provincial Arts Manager Alexander Tunzi blamed this year’s slash in prizes on the poor performance of the economy.
“Our prizes this year have gone down probably because our sponsors are being affected by the current economic crunch,” said Tunzi.Advertisement

“Though the prizes of provincial winners have gone down, the national prize is still on $7 000,” said Tunzi.
Dangamvura based Tunes of Harmony were this year`s provincial winners while Chigapu came second. A local mbira ensemble Nhengure dzeZimbabwe came third and pocketed $200.
The competition was held at Neighbourhood Tarven in Dangamvura high density suburb with seven groups battled it out in the provincial competition.