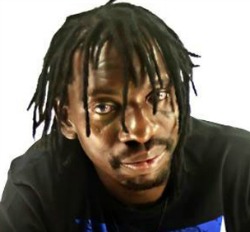 UPCOMING Chumurenga music outfit, Dzanambira, has collaborated with talented musician, Progress Chipfumo, in their yet to be titled forthcoming eight track album expected any time next month.
Front man Howard Harimedi told New Zimbabwe in an interview that all the eight tracks for the project were in place and they were working on final touch-ups before launching the album in Harare with the help of the German Society in Zimbabwe.
“Progress wants us to do collaboration on the forthcoming album. He has always been my inspiration and we are excited as a band to be doing collaboration with him,” Harimedi said.
Harimedi said their first offering, “Tendai Midzimu Yenu”, recorded in 2008, did not do well owing to the economic challenges facing the country at that time, while their second album, “Amai Havarohwe,” released last year, was distributed for free as a marketing strategy to introduce the group to the people.
We held a number of shows where we shared the stage with the likes of Peter Moyo, Howard Pinjisi and our music was well received. We were having challenges with instruments but Shepherd Chinyani and Costa stood for me and the picture is clear now because the responses from the fans are quite pleasing,” he said.
Harimedi, who once played with Mbira musician, Brian Muteki, said his promoter, Nevermind “Igwe” Karigando had helped them with their 2017 project and had brought a kit which included mbira, lead guitar and a bass guitar.
Some of the songs to look forward to on the new album include Karikoga Mwanangu, Ngoma yarirepi and Dai Mai Varipo, among others.
Chimurenga Music, Harimedi said, was his lifeblood, adding he had spent a lot of money in trying to shape his musical career, which he said was his future.
“Chimurenga was almost dying and Dzanambira is here to revive the genre. Most of the musicians doing traditional music were concentrating on mbira. Muteki, Jairos Chinonga and Dzimbabwe are playing only mbira while Andy Muridzo seems to be doing a fusion. We want to do pure Chimurenga but will also include a bit of reggae music on our albums,” he said.
The dreadlocked and bulky Harimedi said he was encouraged by the hit song Amai Havarohwe, which reached number four in the Radio Zimbabwe top 50 charts.
Advertisement