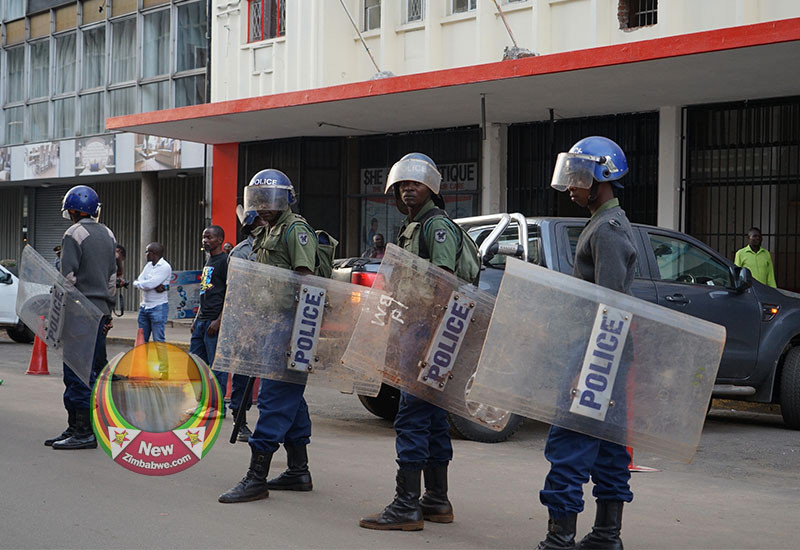 THE police search for machetes and subversive material at MDC’s Harvest House, renamed Morgan Richard Tsvangirai House, ended with the main opposition’s lawyer Jeremiah Bamu later telling journalists that nothing of the suspected items were found.

On Friday afternoon, police served MDC officials with a search warrant for machetes and subversive material stocked at the premises in preparation for committing public violence.

Truckloads of anti-riot police led by one Superintendent Dzitiro surrounded the building in central Harare before about 10 officers were allowed in to search the six storey building. 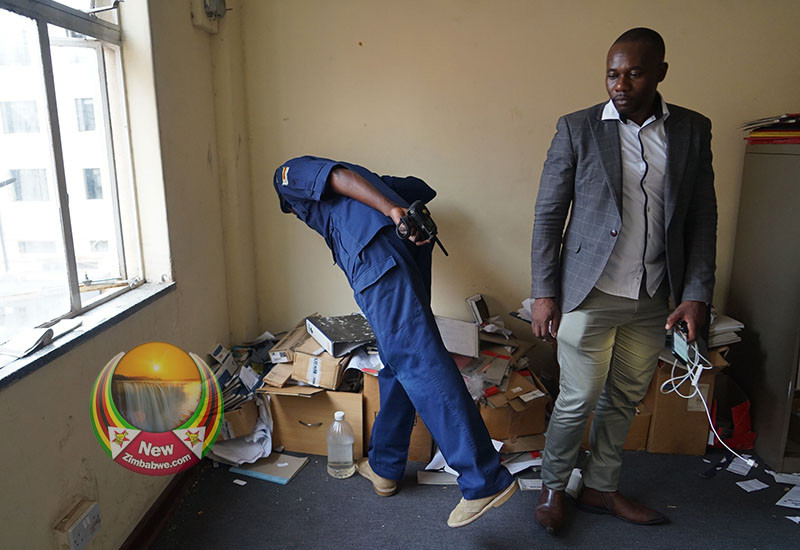 A police officer conducts a search inside Harvest House

MDC officials and scores of workers were ordered to leave the building. After two hours of combing the building, the search failed to provide the anticipated results, according to the MDC lawyer.

Nelson Mandela Avenue, the street where MDC offices are located, was cordoned-off leading to an afternoon traffic jam.

In a statement released earlier during the day, MDC Deputy National Spokesperson Luke Tamborinyoka said the search at their offices was a desperate attempt by authorities to plant machetes and justify an unwarranted crackdown on the party’s legitimate activities.

“They are on a desperate witch-hunt and are frantically seeking to portray the MDC as a rogue organisation. The police have been illegally cracking down on the party’s legitimate programmes, proscribing innocent party activities, arresting the party leadership and stopping Zimbabweans from peacefully expressing themselves in line with the country’s Constitution,” he said.

“The desperate attempts will not wash.”