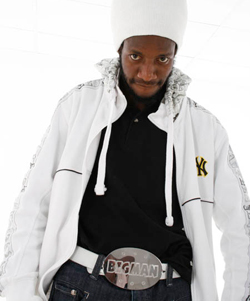 NDIPEI sando dzangu (give me my hammers) sings Zimbabwean artist Winky D. He may be singing in Shona, the local language spoken by some 80 percent of Zimbabweans, but his Shona is different. It’s Street Shona. So what he really means, loosely translated, is that someone is exceptionally good at what they do and therefore needs to be recognised for this.
This southern African nation’s local language, Shona, has taken on an artistic form which has seen the language transform. Shona, has its origins in the Bantu languages and is both a written and spoken language with dialects that include Zezuru, Korekore, Ndau and Manyika.
The evolution of Shona as a street language in Zimbabwe has become synonymous with Urban Grooves, a Zimbabwean music genre which became popular when the country introduced a policy that compelled all broadcast stations to air 75 percent of locally-produced material.
“Our language, Shona, is now advanced, we are at a different level,” Tazvitya Kaseke from Harare, told IPS as he described the evolution of Shona into a form of art.
Although Urban Grooves is a form of music that has a largely youthful following, terms derived from this genre are not unique to the youth. Older people have also been known to use these terms.
An example is the current phrase ‘wotoshaya kuti zviri kufamba seyi’ (not sure why things are going the way they are going), which has become popular in Harare. This phrase is believed to have been started by local comedian Richard Matimba.
Winky D-Ninja Saturday