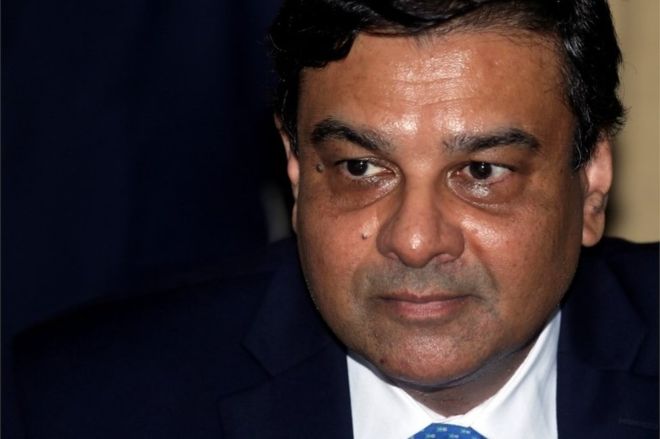 The governor of India’s central bank, Urjit Patel, has resigned from his post citing “personal reasons”.

His resignation comes amid reports of a rift between the Reserve Bank of India (RBI) and Prime Minister Narendra Modi’s government,

This marks a rare case of a serving governor leaving his job midway through his five-year term.

Correspondents say the move is likely to undermine confidence in the economy and cause the rupee to fall.

In a statement, Mr Patel thanked his staff and officers, calling them the reason for the “bank’s considerable accomplishments in recent years”.

But speculation has been mounting for weeks that Mr Patel could resign over government actions.

In late October, the RBI’s Deputy Governor Viral Acharya fired what appeared to be a broadside against attempts to undermine the bank’s independence.

“Governments that do not respect central bank independence will sooner or later incur the wrath of the financial markets, ignite economic fire, and come to rue the day they undermined an important regulatory institution,” he said.

The government reportedly wants the RBI to allow ailing state-owned banks, groaning under bad loans to industries, to resume lending to small businesses. It also wants the regulator to lower interest rates to inject much-needed liquidity into the economy.