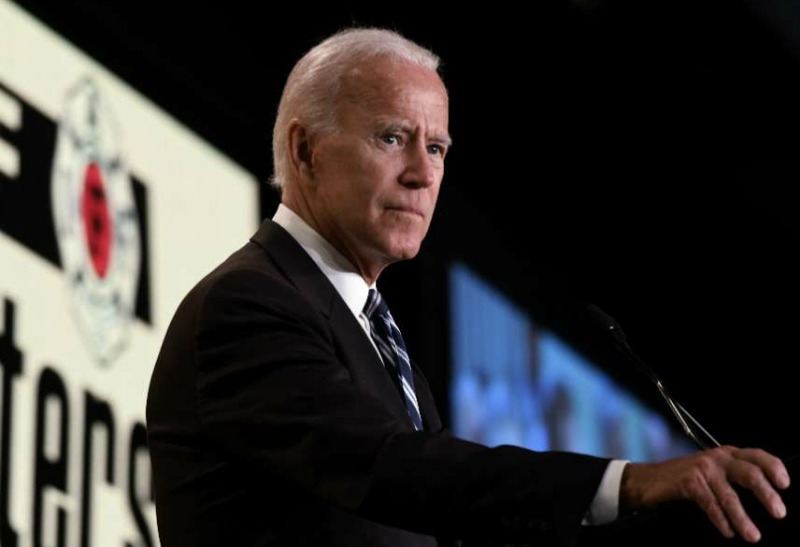 Former US Vice-President Joe Biden has declared a presidential bid, putting an end to months of speculation.

In a video announcement, Biden argued that the “core values of the nation… our very democracy, everything that has made America America, is at stake”.

The 76-year-old enters a crowded race for the 2020 Democratic nomination.

He is up against 19 other hopefuls, including Senators Elizabeth Warren, Kamala Harris, and Bernie Sanders.

In his announcement, Biden recalled President Donald Trump’s much-criticised remark that there were “very fine people on both sides” of the deadly Charlottesville white nationalist riots of 2017.

“With those words, the president of the United States assigned a moral equivalence between those spreading hate and those with the courage to stand against it,” Biden said.

“I believe history will look back on four years of this president and all he embraces as an aberrant moment in time. But if we give Donald Trump eight years in the White House, he will forever and fundamentally alter the character of this nation, who we are, and I cannot stand by and watch that happen.”

Biden is the most experienced of the Democratic candidates. A six-term senator, he ran twice unsuccessfully for president – in 1988 and 2008 – and later served as President Barack Obama’s deputy for two terms.

Responding to the announcement, a spokesman for Obama said selecting Mr Biden as his running mate “was one of the best decisions he ever made” and the two had “forged a special bond”, but the former president notably stopped short of an endorsement.

A source familiar with Obama’s thinking said the former president believed “a robust primary in 2007 and 2008 not only made him a better general election candidate, but a better president, too.

“And because of that, it’s unlikely that he will throw his support behind a specific candidate this early in the primary process – preferring instead to let the candidates make their cases directly to the voters.”