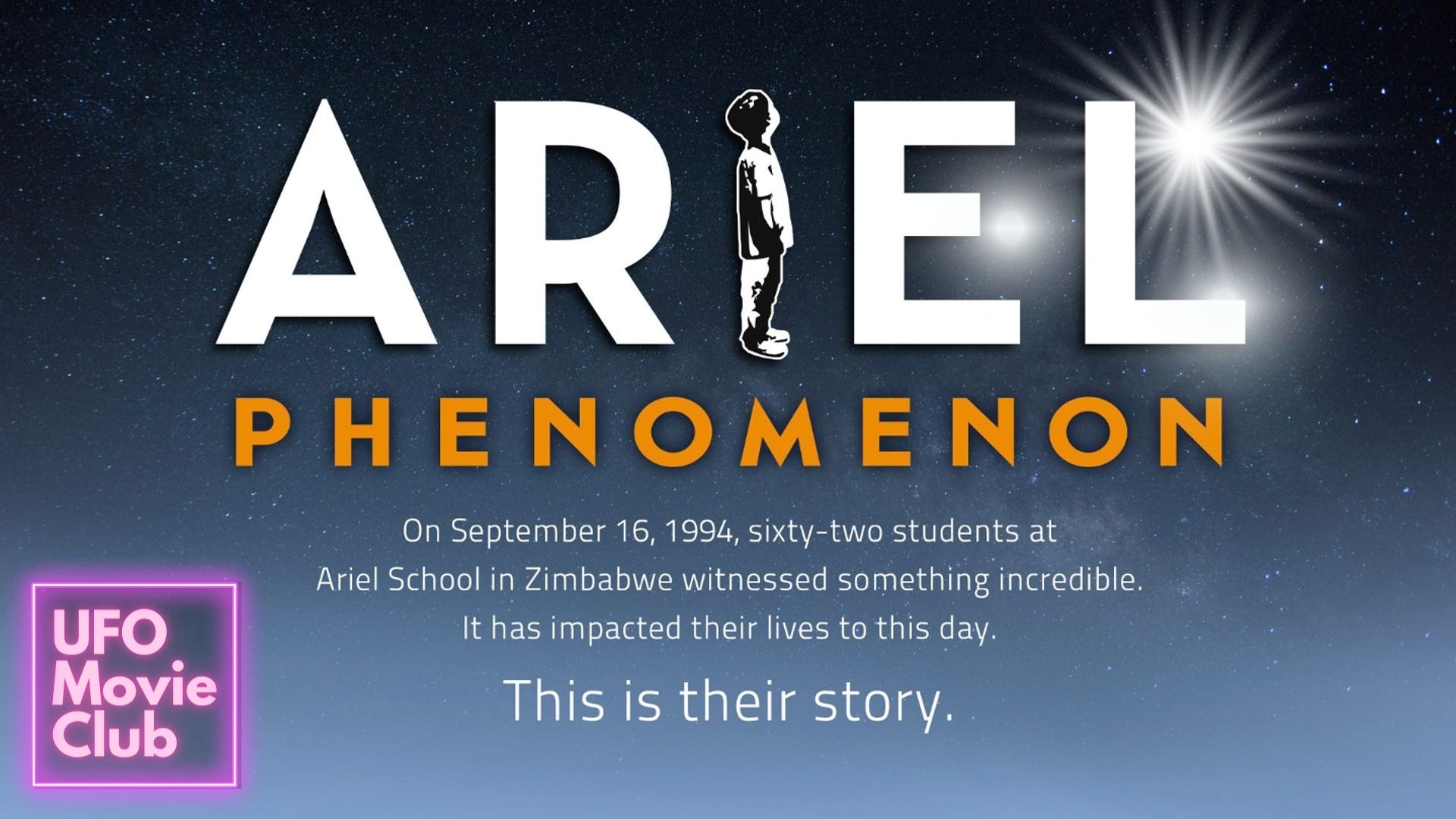 A new documentary, Ariel Phenomenon, considers whether an unidentified flying object actually landed near a Zimbabwe school in September 1994.

That’s what at least some in the U.S. government are trying to get to the bottom of. Last week, Congress held the first UFO hearings in 50 years.

Ariel Phenomenon, however, focuses on the more than 60 middle school students who claimed a saucer-shaped UFO landed just beyond their playground at a school near Harare in 1994. This mass sighting has since become part of modern UFO lore. Weaving contemporary interviews of the now-adult students with archive video, Randall Nickerson’s work suggests that something did indeed happen on that day in 1994.

The question, of course, is what.

Was it a prank, with influential children guiding their contemporaries in an elaborate hoax? Was it an incident of mass hysteria? Did a helicopter land, and the children decided they had seen a strange UFO? Or did the students actually see a UFO of truly exotic form?

Nickerson believes he himself is a victim of UFO abduction, suggesting as much on The Oprah Winfrey Show. This will lead some to believe that his work is biased to reinforce his own preconceptions of what UFOs might be.

But I think that would be unfair.

For a start, this documentary rests heavily on archival interviews of the children taken from the days and weeks following their reported sighting. The similarity in their statements and the visible fear of some children as to what they say they saw is compelling. As is the view of their teachers, the vast majority of whom explain why they believe the children were not lying.

The Ariel school report takes its place among a number of other prominent mass sightings of strange UFOs involving school children. In 1966, approximately 200 students and staff reported seeing a cigar-shaped UFO land near their school in Melbourne, Australia. A similar witness report came from a Miami, Florida, school in 1967. So also did children in Britain report a UFO landing near their school in 1977, some also claiming to have seen strange beings outside the craft.

Interestingly, some of the Ariel students insist that they saw at least one apparent being running around the craft in a strange fashion. One student compares the sight to that of men walking on the moon.

Unfortunately, there is no video or radar data to support the Ariel testimony. But the journalists first on the scene lend credibility to the students’ tale. A BBC News war reporter was among them. Originally skeptical, the grizzled journalist became convinced that something extraordinary had occurred. In the same vein, some of Nickerson’s most compelling moments include his replaying of archival interviews of the students by Harvard psychiatrist John Mack. It should be noted that Mack, who died in a 2004 car crash, attracted controversy at Harvard University for his work with purported UFO abduction reportees like Nickerson.

The film can drag at times. It could be at least 20 minutes shorter. While offering an insight into the psychological and emotional reactions that UFO witnesses often report, a factor with significant influence on the stigma affecting this subject, Nickerson’s trailing of a former student who returns to the school is drawn out.

The filmmaker told the Washington Examiner that he hopes his film can “open up a deeper inquiry into this subject matter.” Asked about whether he believes the children saw what they said they saw, he responded, “I have had professionals look at the interviews: law enforcement detectives, psychologists, and grade school teachers. All have informed me that whatever they are describing, they are telling the truth.”

“Whatever,” of course, is the great unknown here. But the success of Nickerson’s work is that it leaves us with more compelling questions than easy answers.